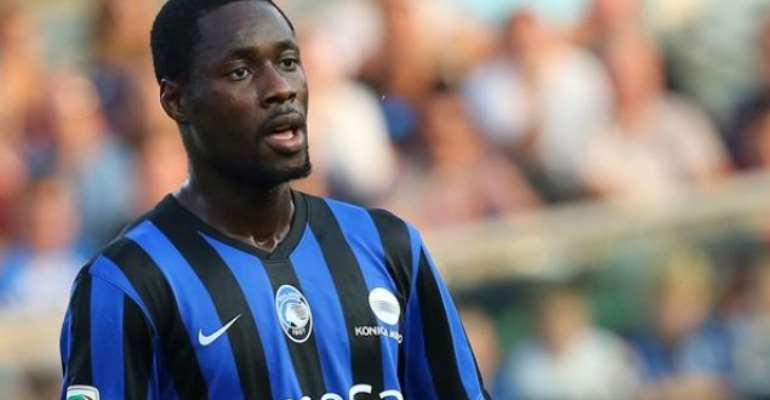 Boakye-Yiadom, 23, has returned to Italy to join Latina on loan after ending his loan spell with Dutch top-flight side Roda JC in January.

After providing an assist on his debut for Latina to win against Pro Vercelli on Saturday, the striker says he still wants to emulate the examples of Eto'o who has won the several individual and club laurels as a footballer.

"Since my childhood I have always wanted to express myself to the level of Eto'o. I'm here to work 100 percent of my potential to reach that level. I look in the mirror and wonder what did Eto'o to become the player that was not easy but I'm here to do something that I have not done. I always want to win, that's my goal," he said after the game.

Eto'o has played for European giants Barcelona, Chelsea and Inter Milan won titles with including the Uefa Champions League, La Liga and Serie A.

He has also been crowned African Player of the Year four times.

The Sunyani-born striker was tipped for stardom after exploding into the Italian scene in 2010 and scoring on his debut for Genoa.

Boakye-Yiadom landed himself a dream move to European giants Juventus in 2013 but failed to make a competitive appearances for the Old Ladies.

A loan spell at Sassuolo, Elche and Atalanta have not proved major successes for the promising striker.