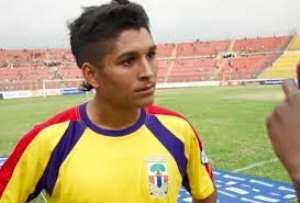 The troubles of Accra Hearts of Oak are set to be aggravated as ditched South African import Shaun Mason October is on his way to FIFA over unpaid signing on fees and other allowances.

The former Hearts of Oak left back in an interview with Accra-based Happy FM revealed that the club owes him his signing-on fees as well as some bonuses and allowances due him last season.

October who signed a two-year contract with the Phobians in 2014 was set to end his contract after the 2015/16 league season but the Accra-based club excluded him in their list of registered players for the season.

The aggrieved defender has therefore given indications that his agent is on his way to FIFA to demand their pound of flesh after the Phobians failed to pay him his signing on fess.

'But since they are not ready to be gentle to settle the matter amicably, the best place to go is FIFA where we can demand for a fair treatment.'

The South African defender was rumoured to have been loaned to WAFA for the 2015/16 Premier League season by the Phobians but the crafty left back has left for his native country.

The troubled Phobians are expected to be dragged to the headquarters of world football for arbitration as the players believes he has not been treated fairly.