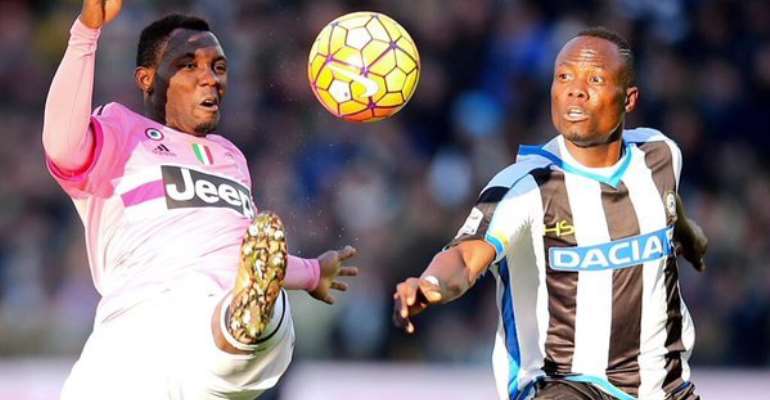 Versatile midfielder Kwadwo Asamoah has been hit by yet another injury barely a month after making a return from the sidelines.

Bianconeri’s Coppa Italia win over Inter on Wednesday where he lasted the entire duration of the game.

Asamoah complained of a problem in his right thigh after the game and it is feared he could have suffered a thigh muscle injury.

He is expected to undergo a scan to determine the extent of the injury.

The Ghana international, who has been capped 66 times by the Black Stars, was ruled out of the 2015 AFCON in Equatorial Guinea due to a knee injury which took him out for action for nearly one year.

Asamoah is yet to feature under Ghana coach Avram Grant and this fresh injury could hamper any chances of his first appearance under the Israeli as Ghana prepare to host Mozambique in a 2017 AFCON qualifier in March.