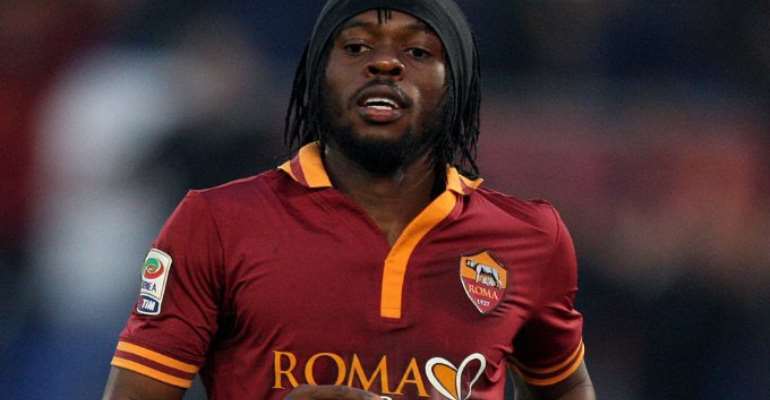 BARCA CONFIDENT OF NEYMAR STAY
Neymar won’t be leaving Barcelona, according to his teammate Sergi Roberto.Brazil skipper Neymar is being chased by Real Madrid , Manchester United and Paris Saint-Germain as he discusses a new contract with the reigning European champions.But, just like club president Josep Bartomeu earlier this week, midfielder Sergi Roberto is confident he won’t be losing his illustrious teammate anytime soon.“He’s going to stay,” said Roberto in the wake of Barcelona’s 3-1 win over Athletic Club on Wednesday night.“He wants to stay here and we’re very happy to have him in the team.” 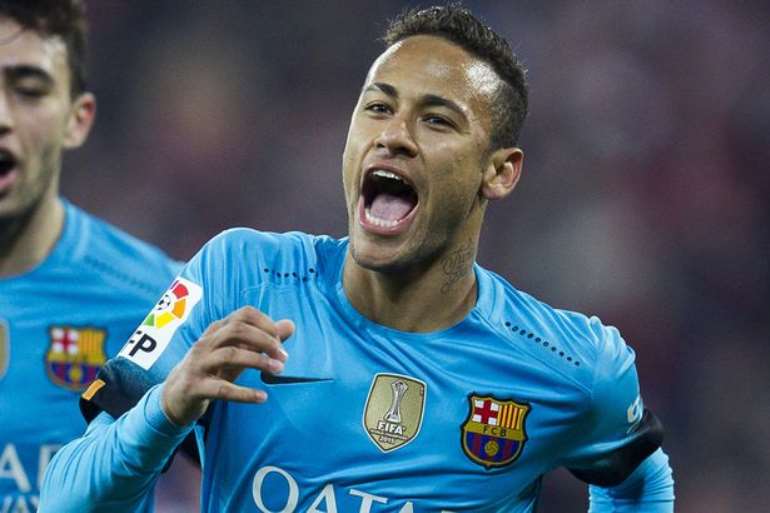 CRYSTAL PALACE NAME GAYLE PRICE
Crystal Palace have named their price for Dwight Gayle as Swansea’s striker search turned to the 25-year-old.The Welsh club are desperate to reinforce their forward line as they push for Premier League survival after a disappointing campaign and enquired about Gayle, who is available and is seen as the sort of natural goalscorer they need.Crystal Palace are looking for a deal that could reach £9million, with an initial fee of £6.5million set to be supplemented by variables that are mainly dependent on Swansea remaining in the Premier League for seasons to come.Peterborough, with whom Palace maintain a good relationship, are due a percentage of any fee.The Swans have also made contact over Alberto Paloschi of Chievo Verona, while Benjamin Moukandjo has emerged as a left-field target after impressing for Lorient this season.Chairman Huw Edwards is looking to bring in at least one striker, with Bafetimbi Gomis potentially departing as the subject of a big-money offer from the Middle East. 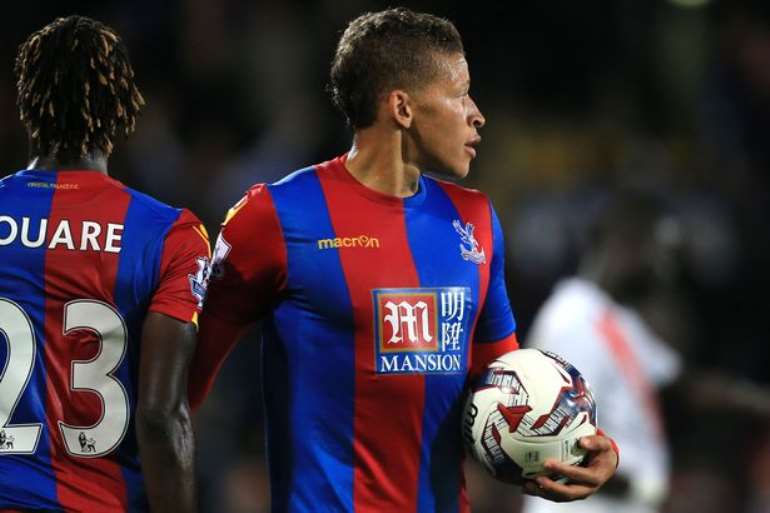 D-DAY FOR NEWCASTLE IN SAIDO CHASE
Newcastle have entered a crucial 24 hours in their pursuit of Saido Berahino.The Magpies are understood to be willing to pay more than £20million for Berahino but are running out of patience with West Brom.Baggies boss Tony Pulis has not started the forward since October after his loss of form and fitness after Peace refused to sell to Spurs in August.However, the club are reluctant to do business over the forward and reports says the Geordies are reaching D-day over the striker.Loic Remy remains an alternative option for the Tyneside club. 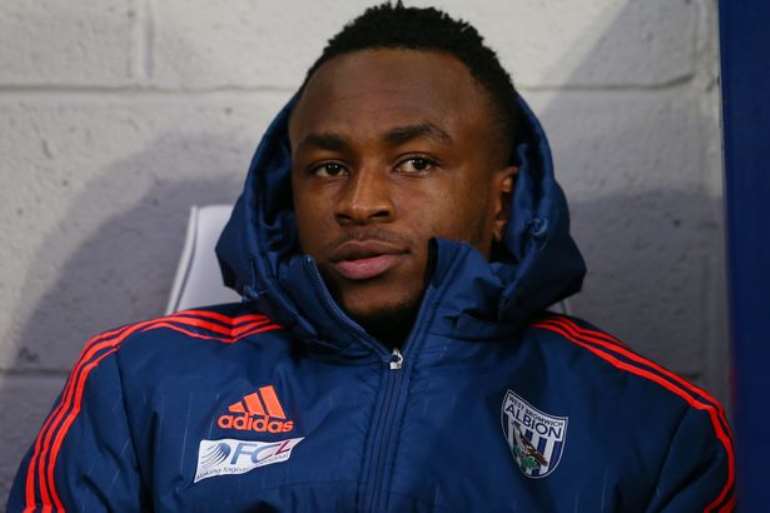 GERVINHO SAYS THANKS
Gervinho says wearing the Roma shirt was an honour for me” after an €18m move to Hebei China Fortune. The winger officially completed his move to the Chinese side yesterday, and has posted a farewell message to the Giallorossi on his Instagram page. Wearing the Roma shirt was an honour for me,” Gervinho posted. AS Roma, the city and the fans will always stay in my heart. I’d like to thank all my teammates who accompanied me on this wonderful journey for two-and-a-half years, not forgetting all the people who worked at Trigoria and for the team. Our paths are now diverging, but I’ll remain a fan of this team forever, and cherish these colours in my heart. Forza Roma always, your black arrow.” 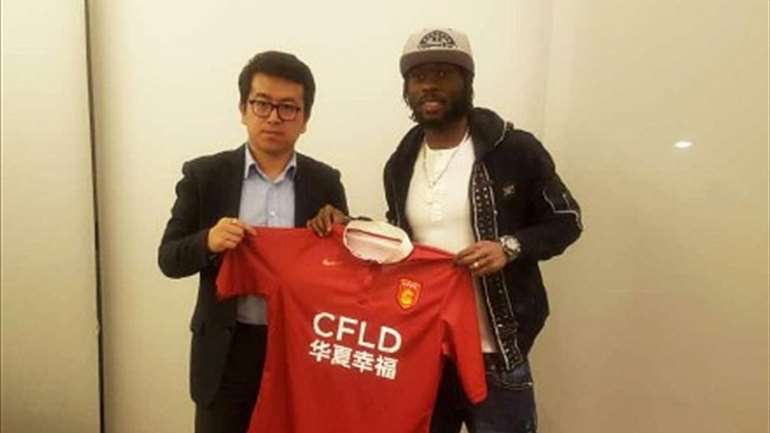 NO MOVE FOR CAHILL
England defemder Gary Cahill won't be allowed to leave Chelsea this month, according to The Sun. The England defender has turned out just once for the first team since December. After agreeing a three-year deal with the London club, Kurt Zouma and John Terry have been the favoured partnership under Guus Hiddink. 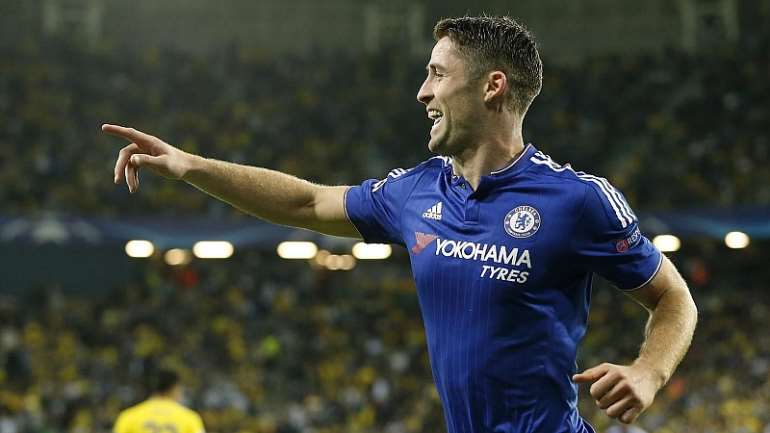 CHELSEA DEFENDER ADMITS HE IS 'CONFUSED'
Papy Djilobodji doesn't know why he has made only a solitary appearance for Chelsea before moving to Werder Bremen on loan. "Really I do not know. I gave everything." "But the coaches have decided it. For me, it is also an incentive to continue to work." 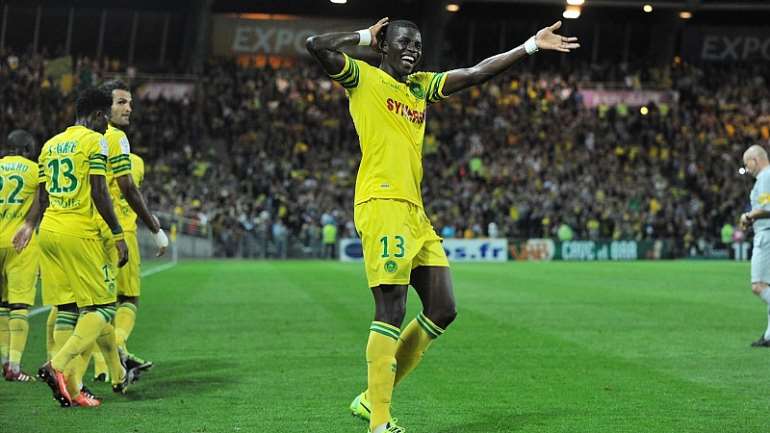 LEICESTER CONSIDER PELLE SWOOP
Southampton forward Graziano Pelle is set to face attempts to lure him to Leicester City. The Foxes are reportedly after someone to help Jamie Vardy carry load for the last 15 remaining games of the season. The report suggests a £5 million bid will be made, after Inter Milan beat Ranieri to the punch in securing the services of Sampdoria's number nine Eder. 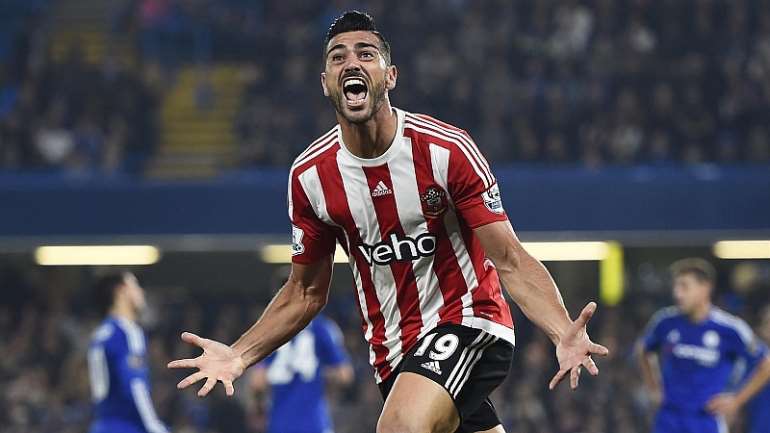 WILL UKRAINE WINGER BOOST ARSENAL TITLE BID?
Reports in Ukrainian papers claim that Arsenal have bagged the signature of Dynamo Kiev winger Andriy Yarmolenko, signing a deal which will see the transfer occur in the summer. Everton were monitoring the Ukrainian international closely, with Kiev officials seen at Goodison Park recently to discuss the move. Could they land the player in this window for £23m? Stanger things have happened. 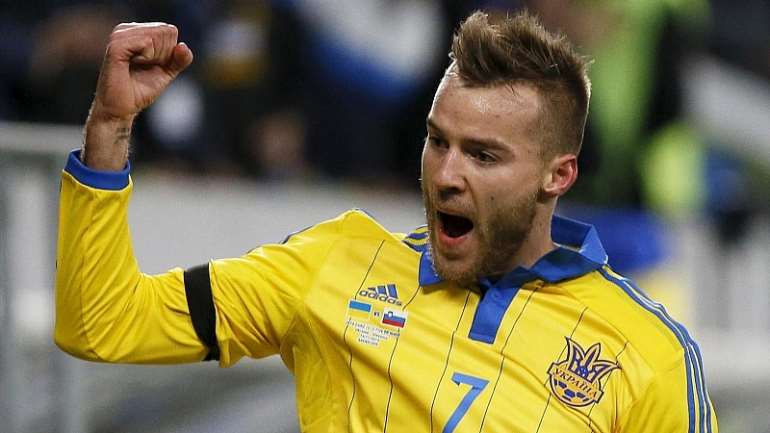 LVG SLAMS 'HORRIBLE' REPORTS
Louis van Gaal has angrily dismissed reports that he offered to quit as Manchester United manager last weekend."I have not mentioned [quitting] ever. You make your own stories, and then I have to answer. I am not doing that," he said ahead of United's FA Cup fourth-round clash at Derby."I think it is awful and horrible that you can write, and then I have to answer questions on those stories. People are believing those stories, and I am very concerned that people are believing it. 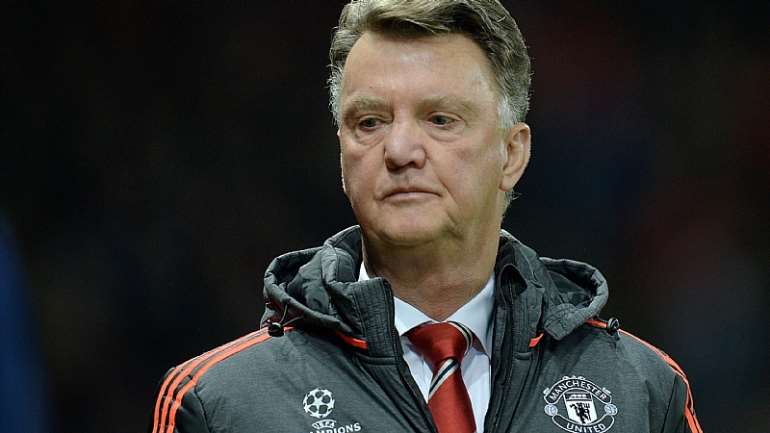 CHELSEA TARGET DEFENDERS
Chelsea have earmarked a centre-half as one of their big signings in the close season.John Stones and Marquinhos have been on the wish-list for some time but they also plan to move for Atletico Madrid's rising star Jose Gimenez. 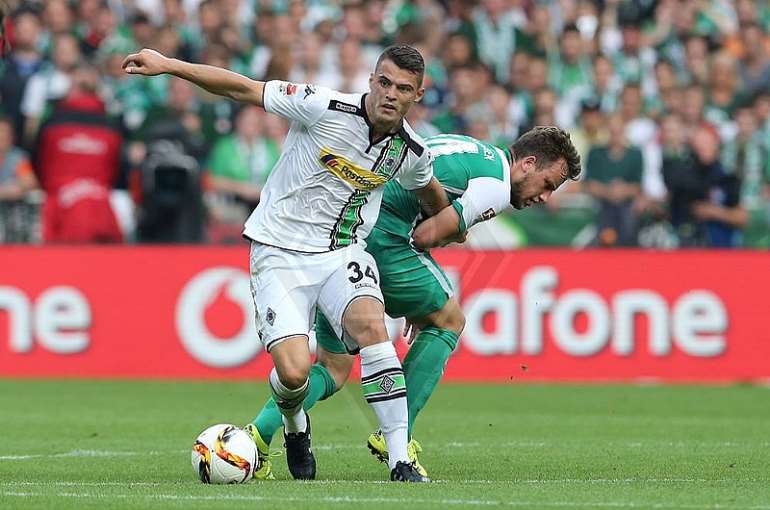 ENRIQUE’S TRANSFER HINT
Barcelona manager Luis Enrique has hinted the Spanish champions could add to their squad before Monday's transfer deadline.Barca have been linked in the Spanish press with Celta Vigo's Nolito and Villarreal's Denis Suarez , and Enrique did not rule out any late activity."I do not talk publically concerning other professionals," Enrique said after their 3-1 win over Bilbao in the Copa del Rey.“The transfer window closes on Monday - let’s see if the Three Wise Men bring me anything. I don't know if I was a good boy but my goal is keep winning matches." 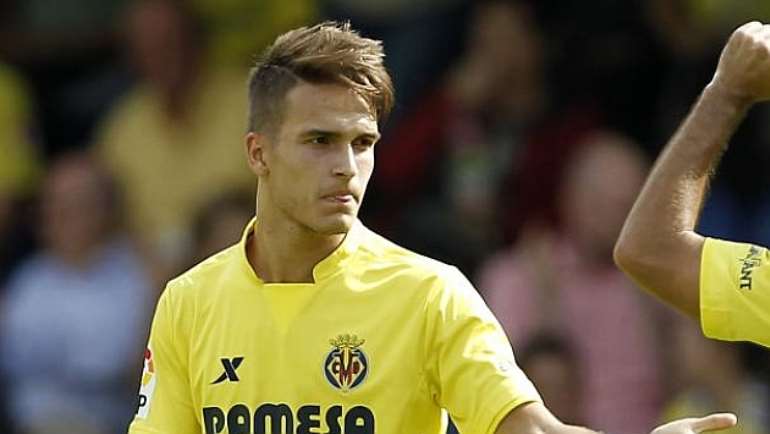 JUVE WANT TO KEEP CUADRADO
Juventus are hoping to keep on-loan Chelsea midfielder Juan Cuadrado , according to the Italian side's sporting director Giuseppe Marotta.The Colombian arrived at Stamford Bridge in a £26m move from Fiorentina in February last year but started just four Premier League games in the second half of the campaign."He plays in a different way compared to all our other midfielders," said Moratta. "Cuadrado could help us a lot and we are happy about his performances."We will try to hold on to him for the next campaign." 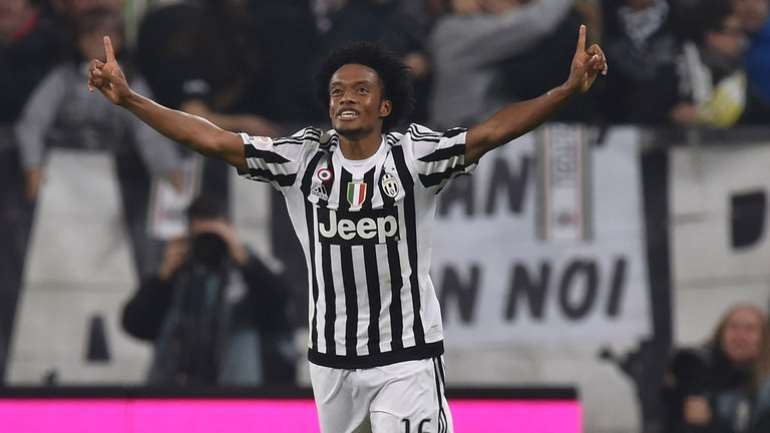 BOGDAN APPROACH
French club Reims have made an approach to Liverpool regarding signing goalkeeper Adam Bogdan on loan until the end of the season.Bogdan joined on a free transfer from Bolton last summer, and has featured five times this season but only once in the Premier League. Jurgen Klopp is not keen on letting Bogdan go out on loan. 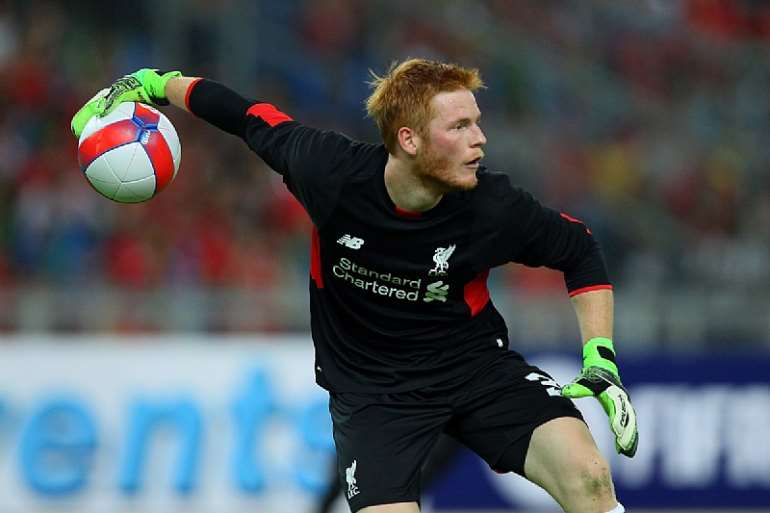 EMENIKE DEAL IN PIPELINE
West Ham boss Slaven Bilic hopes to compete a loan deal for Emmanuel Emenike in the next couple of days.Bilic wants the Nigerian striker, who has scored seven goals in 11 games for UAE side Al Ain this season, to boost his attacking options for the Premier League run-in."We are still waiting for that, it's a complicated situation," said Bilic. "Al Ain called me and basically we thought we could do a straight swap with them, but now we are talking to Fenerbahce, and we will see what happens."So at one moment it didn't look good, but in last couple of days the deal is looks pretty much alive." 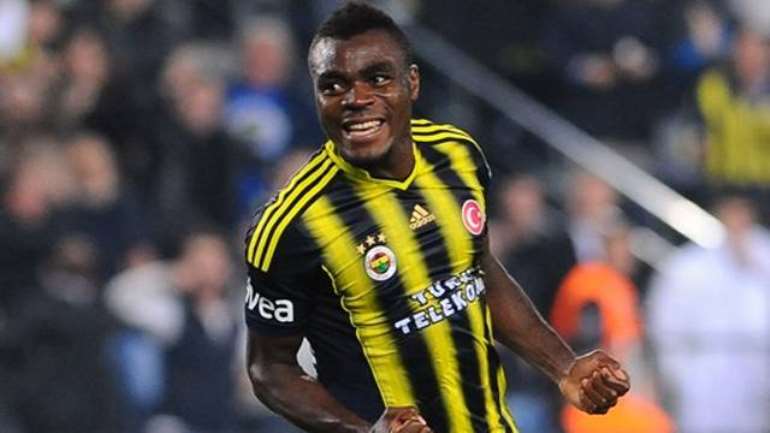 TEIXEIRA DESPERATE TO MOVE
Alex Teixeira has said that Shakhtar Donetsk turned down a €32m offer from Liverpool for his services, while adding that he is desperate for a move to the Premier League club. 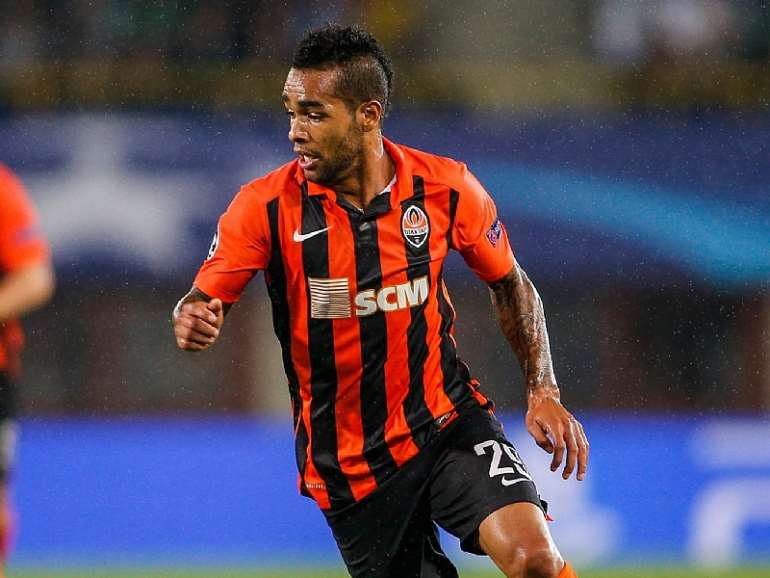 MATT PHILIPS ON WEST BROM RADAR
West Brom remain keen to sign QPR wideman Matt Phillips.Albion were red-hot on the Scottish international winger, 24, in the summer and had a £7million bid rejected.But they refused to meet Rangers’ £10m asking price which has now been reduced as the star will have just 12 months left on his deal this summer.Albion boss Tony Pulis hopes to reach a compromise and could throw in Callum McManaman, 24, as a sweetener.But Baggies chairman Jeremy Peace is always reluctant to do business in January and it will have to be a decent deal to tempt him.

BARCA ‘TARGET DYBALA’
Barcelona have made Juventus striker Paulo Dybala their main objective for the summer transfer window.Barcelona are already thinking about drafting in reinforcements at the end of the season and will reportedly turn to a younger option – namely Juventus’ Dybala.The 22-year-old, who joined Juve from Palermo in a €32m deal last summer, has already netted 12 times in 16 Serie A outings for the Italian champions. 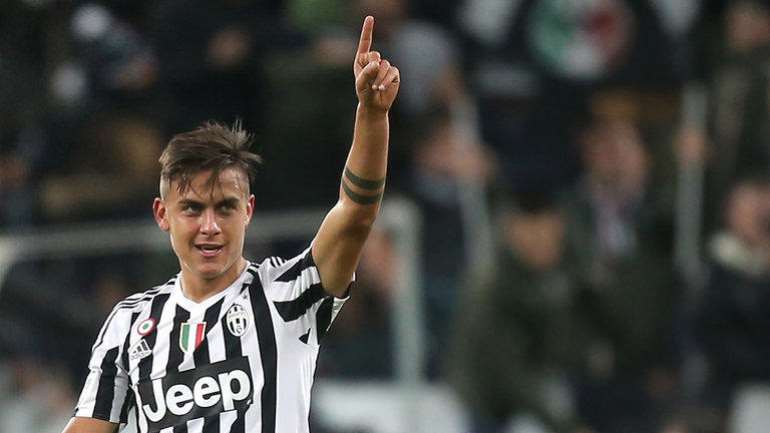 ANDROS CAN'T WAIT TO GET STARTED
Andros Townsend hopes to “set the world alight” at Newcastle after leaving Tottenham.The £12 million winger insists he has no fears about joining Steve McClaren’s relegation threatened side.Townsend now wants to relaunch his England career and says he will get back to the performance levels of his peak at Spurs. 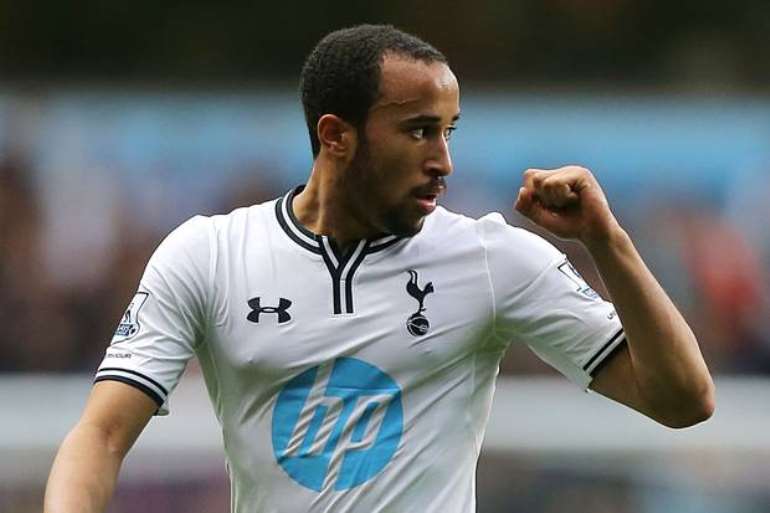 REMY AND GOMIS ON TOON RADAR
Newcastle have been the biggest spenders in the January window so far, and it may not be over...Sources understand the club are interested in bringing in Chelsea striker Loic Remy on loan until the end of the season, while Swansea's Bafetimbi Gomis is also thought to be a target. 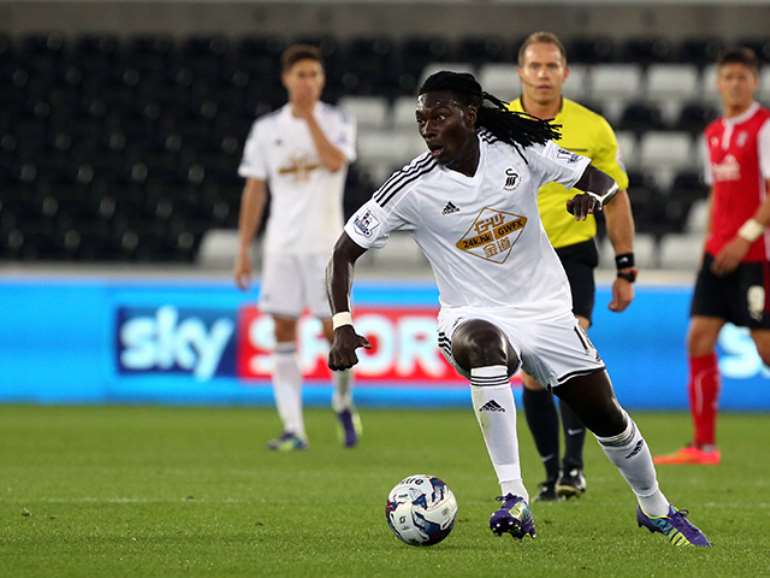 This series is from the team at 99.7FM, tracking the latest moves in the January transfer window. We call it the #JoySports Transfer Daily. Here, we summarize all the moves and rumours in a quick, easy to read format. The series started in January 4 and ends on February 1.

Any deals between Premier League clubs and players in Spain will have to be wrapped up 24 hours before the window closes in England - the deadline in Spain is 11pm (GMT) on January 31. The windows in France and Italy close on the same day as in England, with the German transfer window shutting at 5pm on February 2.