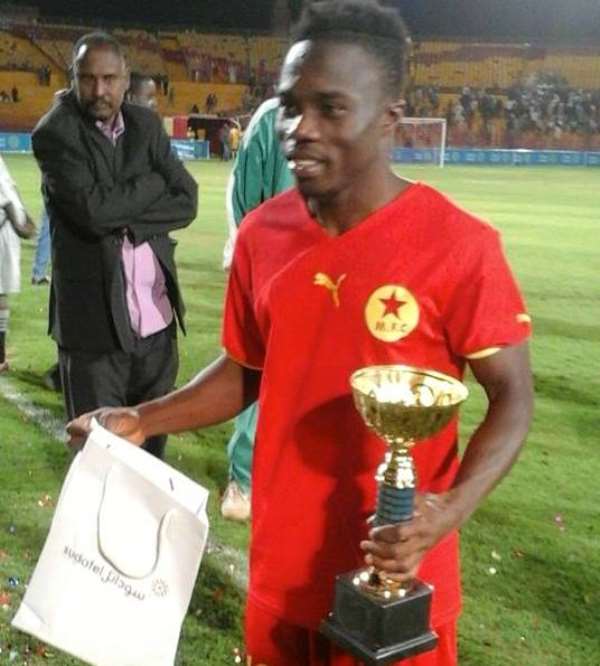 It was the opening fixture for the Red Devils in the 2016 Sudanese Premier League season.

Okrah's first was a sublime after he was put through on goal and his second was a giant screen classic with an incredible rabona.