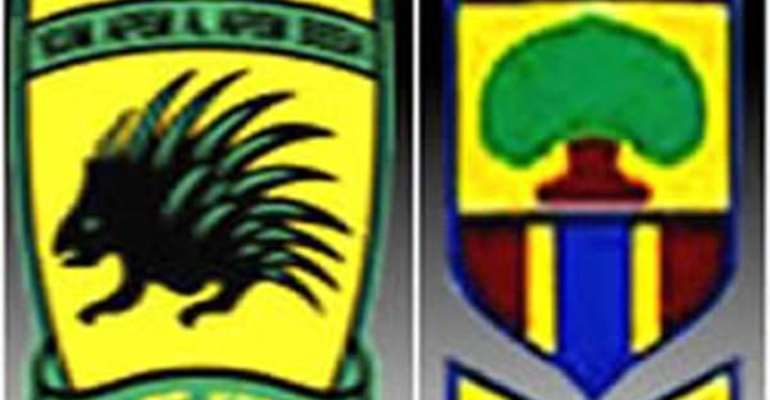 The biggest game on Ghana football calendar will be played on match day 10 at the Ohene Djan Sports Stadium, Accra.

The champions, Ashgold will start their league campaign against FA Cup champions Medeama on match day 1 at the T and A Park, while Hearts of Oak will play against New Edubiase United at the Ohene Djan Sports Stadium, Accra, whereas the champions of GHALCA 6 Asante Kotoko will have their good form in the pre-season tested on match day 1 when they travel to WAFA.

The topmost fixture for the season comes off on match day 10 when Hearts of Oak face Asante Kotoko in Accra.

Since the inception of the Ghana Premier in the 1993-94 season, there have been 8 times that Kotoko have engaged Hearts of Oak in Accra in first round fixtures. Hearts of Oak have won 4, drawn 3 and lost only 1. However, Kotoko beat Hearts of Oak the last time both sides played the first round in Accra, which happened in the 2013-14 season when Seidu Bancey's lone goal helped the Porcupine Warriors earn an away victory.David Duncan was then the coach of Hearts of Oak.

The fixtures was prepared by the IT department of the GFA, through a computerized system, before it was forwarded to the PLB and then to the Executive Committee for final approval. It is at the moment with the EXCO, who would either make changes or maintain it.