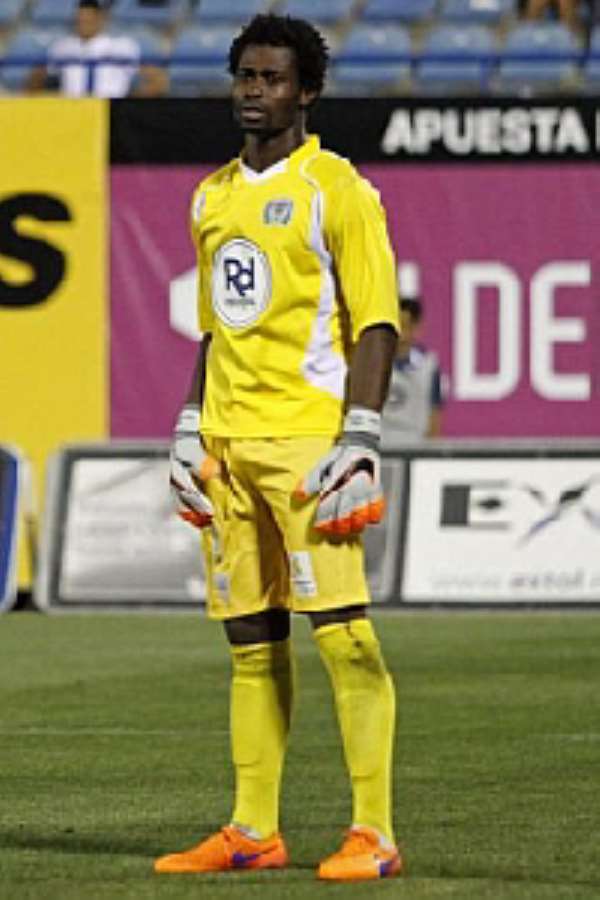 Ghana international Razak Braimah says he is determined to lead his Cordoba side to La Liga in the coming season.

The 28-year-old goalkeeper who has played for SC Mirandes, Tenerife and Guadalajara in the past is Cordoba's first choice goalkeeper.

Braimah has been in post 19 times this season and suffered a setback when his side surprisingly lost 2-0 to Real Valladolid over the weekend.

The defeat meant they relinquished their first position on the league table but Braimah says there is work to be done as he eyes an automatic qualification to La Liga next season.

'My aim has always been to work hard every day and ensure that every time I play for team and help them,' Braimah told Accra based CITI-FM

'My bigger picture is to help the team qualify for La Liga in the coming season.'

Cordoba is now 2nd on the league table 3 points behind Deportivo Alaves who have 42 points.