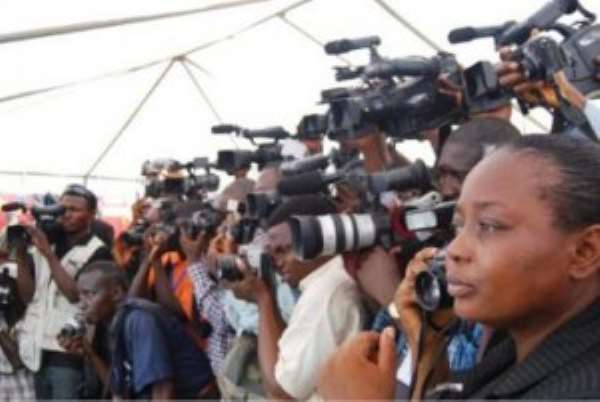 
Sports in most developed countries is seen as a major business tool for boosting the economy and not just a recreation, yet the situation in most African nations is different especially in Ghana.

Successive Ghanaian governments see Sports as a low priority area hence have constantly reduced the budgetary allocation for the development of sports.

This year, the Ministry of Youth and Sports' budget for 2016 was reduced by 37.5%, leaving the Minister Nii Lante Vanderpuije with only GHC22.5 million.

Unfortunately, this reflects the general disregard for sports in the country that seems to have had a trickledown effect on how society treats sports journalism.

Members of the sports media are often treated with disdain, ranging from the minimal airtime allocated to reporters at radio and television stations to the limited funding and resources provided to the operations of sports departments for the production of more compelling content.

Surprisingly, the managers of most radio and television newsrooms often show bias by allocating the best resources to the political and business desks, relegating sports to the background and empowering the notion that sports is an unserious industry. Even most Sports administrators have no respect for Sports media personnel.

But the disregard for sports journalism in the country cannot only be blamed on media owners and society at large but also some sports reporters, who have failed in maintaining the professional standards and ethics of the trade.

Most Sports journalists have reduced the honorable profession to awful standards with their constant insults targeted at sports administrators.

The growing culture of insults on Ghanaian radio sports programs raises questions of the training given these reporters and analysts.

It is interesting to note that in Ghana, most sports journalists are not even products of any journalism institution, hence their ignorance of the ethics of the profession.

Some Sports Journalists have now been tagged as 'beggars and one Euro Journalists' as they beg footballers for money and even serve as a boot licker to these players.  As it is always said that 'garbage in garbage out'. You brand yourselves as garbage and you will be addressed as such.

Interestingly there are good ones in the system but the bad ones have overshadowed them as they serve the masses. It's a pity on how low the Sports Journalism profession has become in Ghana. I fear for the future as I have taken to the career.

I don't regret though, but I pray the profession becomes one of the respectable careers in the years to come, as sports coverage has now grown in importance as sport has grown in wealth, power and influence.