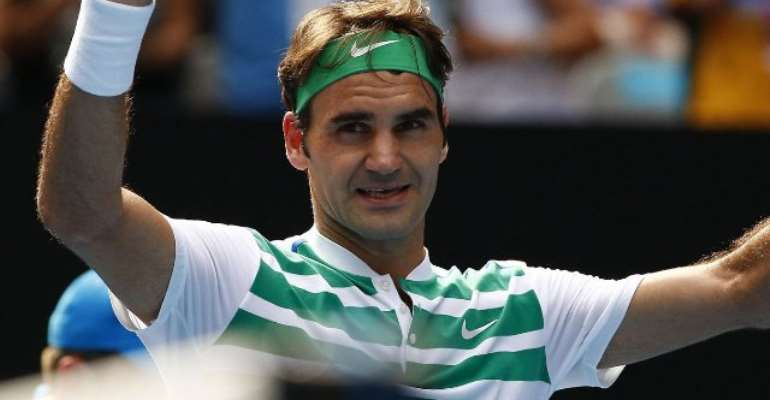 Roger Federer is into the Australian Open semi-finals and a possible match with world number one Novak Djokovic, while Serena Williams continued her dominance over Maria Sharapova.

Federer into yet another Aussie semi
Roger Federer bt Tomas Berdych 7-6 (4) 6-2 6-4 - Berdych entered the quarter-finals playing some of the best tennis of his life, but he wasn't nearly good enough to overcome Federer at Rod Laver Arena. In his defence, few have been in Melbourne. Tuesday's win see the Swiss reach the semif-inals for the 12th time in 13 years as he continues to shine Down Under. Federer had some trouble in the first set, where each player registered a break, but the number three seed won the tiebreak to move one set up.

From there, it was all Federer as Berdych struggled to land enough enough first serves and the Swiss simply mauled him on second serves. It was a complete performance for Federer, like so many others the legend has put on at the tournament, and now he sits just two wins away from his fifth Australian Open title. But the daunting prospect of Novak Djokovic remains in his way in the last four if the world number one overcome Kei Nishikori later on Tuesday evening.

Serena wins 18th straight over Sharapova
Serena Williams bt Maria Sharapova 6-4 6-1 - You will have to excuse Sharapova if she doesn't want to see Williams any time soon, but that has been said for some time. The fifth seed at this year's Australian Open looked magnificent in the first four rounds of the tournament, but when it came to playing Williams, the Russian appeared helpless. Sharapova started strongly, breaking in the opening game, but Williams came roaring back to break twice in winning the first set.

Sharapova's serve fell apart and Williams looked every bit the world's best player, cruising through the second set to capture her 18th consecutive victory over Sharapova. Williams is now into the semi-finals, while Sharapova is left to wonder if she will ever beat Williams again. She remains without a win against Serena since a tournament in Los Angeles in 2004 as the head-to-heads move to 19-2 between the pair.

Radwanska rolls into semi-finals
Agnieszka Radwanska bt Carla Suarez Navarro 6-1 6-3 - Radwanska had few issues in progressing to the quarter-finals, taking great advantage of Anna-Lena Friedsam's cramps to recover in her fourth-round clash, but she sure made a statement in advancing to the semi-finals. The Polish player absolutely thrashed Suarez Navarro, rendering the Spaniard helpless. It wasn't as if Radwanska was overpowering, but she was solid in all phases and continued to put Suarez Navarro in tough situations. Suarez Navarro was aggressive, even when backing off may have been more prudent, and Radwanska was only too happy to take advantage. She made just 13 unforced errors and broke six times, leaving her just two wins away from her first Grand Slam title.