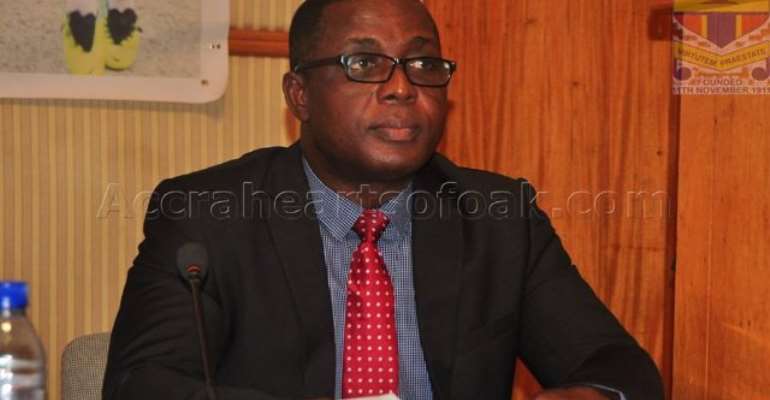 Hearts of Oak General Manager Gerald Ankrah has resigned from his post 16 months into the role.

Ankrah, who began work in October 2014, has been under severe criticism following the club’s torrid showing in last season’s league.

Ankrah confirmed his departure from the Phobians to Joy Sports but was reluctant to disclose the reasons behind his resignation.

Speculations are rife that Ankrah felt undermined at the club following the creation of a strategic committee with Vincent Odotei Sorwah as head of which Ankrah was a secretary.

Ankrah succeeded MD Neil Armstrong Mortagbe who was asked to step down two seasons ago as a result of alleged financial mismanagement.