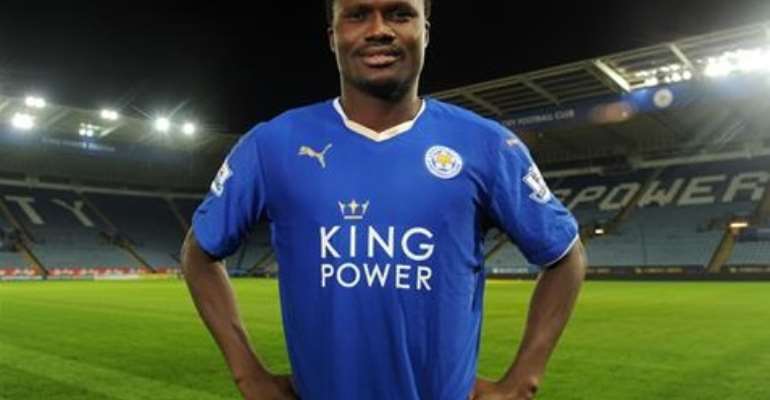 Ghana defender Daniel Amartey was in the King Power Stadium stands to watch his new side consign Stoke City to a 3-0 defeat and he has hailed their effort after the game.

The 21-year-old could not make Claudio Ranieri's squad due to documentation and illegibility issues but was in the stands to cheer on his new team-mates win against Stoke and open a three point lead at the top of the table.

Drinkwater lashed in from the edge of the area close to half time.

Vardy rounded Butland and slotted into an open net as Leonardo Ulloa added a third from close range late on.

Stoke struggled throughout - their best chance falling to Joselu, whose header was pushed away by Kasper Schmeichel.

And, after watching his team-mates win in an emphatic style, the Black Stars defender took to Twitter to congratulate them and label the win as brilliant.

Amartey joined the Foxes from Danish giants FC Copenhagen in a deal worth 6 million pounds.