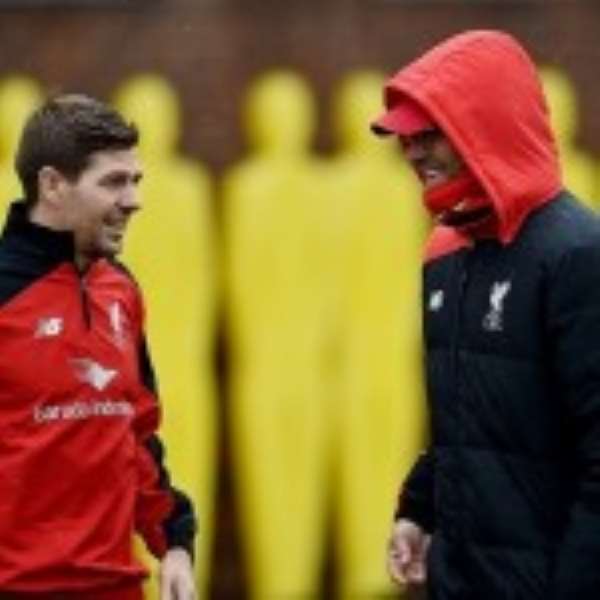 Jurgen Klopp with Steven Gerrard
Liverpool  legend Steven Gerrard has urged fans to be patient with manager Jurgen  Klopp  in his attempt to re-establish the club as a force in English football.

The German took over at Anfield in October, following the sacking of Brendan Rodgers, and has so far led the Reds to ninth in the Premier League table, the fourth-round of the FA Cup and the semi-finals of the Capital One Cup.

Gerrard, now playing out the twilight of his career with MLS side LA Galaxy, insists that it will take time for Liverpool to reach the same heights they have in the past.

On judging Klopp at this stage, the former England captain told  ESPN : ‘I think it’s a bit early. I think we need to give Klopp a couple of transfer windows and more time and maybe a full pre-season with the team to get used to each other and get his stamp on the way he wants to play and his tactics.’

Gerrard added: ‘I think it’s patience needed at Liverpool, but I’m very confident that Jurgen Klopp can improve things and bring success to the club because he’s a fantastic manager.'

‘It’s a results business. They need to prove that they belong in the top four by playing well and finding consistency.'

Liverpool cruised past Exeter City 3-0 on Wednesday night to reach the fourth-round of the FA Cup.

Seized rosewood to be used for National Cathedral constructi...
53 minutes ago

Anti-LGBTQ bill gazetted, to be laid for first reading on Mo...
58 minutes ago