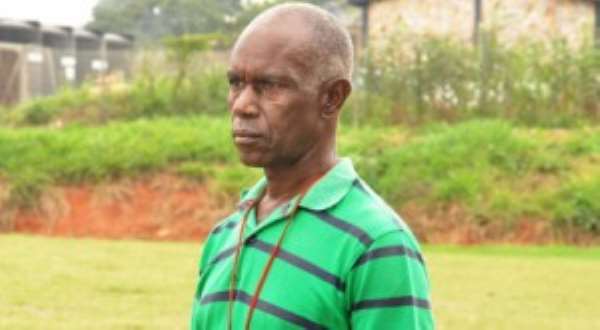 
Ex-Hearts coach Mohammed Polo has launched a stinging attack on 'greedy' Herbert Addo, accusing the veteran trainer of begging for the Inter Allies coaching job and predicts his return will be disastrous.

In a no-hold barred attack, the controversial former Ghana international tore the over 60-year-old apart, by attacking his credibility.

It's unclear what might have sparked the latest vituperative onslaught on the 'old-timer' but it appears Polo has a bone to pick with his perceived rival.

Ina litany of allegations against the veteran trainer, the Ghana legend claims Herbert Addo is 'greedy' for begging for the Inter Allies job.

"He is a greedy and ungrateful being," he fumed on Accra-based Oman FM

"Inter Allies gave him money but he turned his back on the club.

"He took his contract to Hearts to demand for more cash.

"Inter Allies made a mistake by accepting him back.

"He went begging for the job. He was luck the last time but he won't be lucky this time around.

"You mark my words. He will be a disaster.