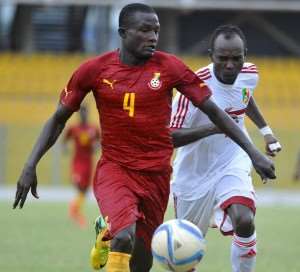 The Miners outsmarted Hearts of Oak for the signing of the fast growing defender as the Obuasi-based club finalized the registration of the former New Edubiase player on the transfer deadline day last Wednesday.

Nti-Mensah was one of the best players during last season's league as his exploits earned him a place at the national U-23 team of Ghana.

And after signing for Ashanti Gold, the 22-year old defender in an exclusive interview with Ghanasoccernet.com expressed his delight in completing his move to the 'Aboakese lads'.

'I'm very happy to join AshantiGold. They are one of the big teams in Ghana and the league champions as well.

'It was uncertain as to which club I was joining on the deadline day because Hearts of Oak came and Ashanti Gold also came, but I have to sign for Ashanti Gold because they were pressing more and I'm happy to join them.'