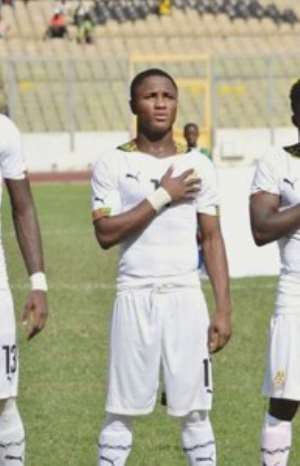 Reports in the media has suggested that the 18-year old goal wizard had signed a two-year contract with the Porcupine Warriors as the local transfer window draws to a close.

But the General Manager of Kumasi Asante Kotoko, Samuel Opoku Nti has denied the story saying, the club does not know anything about that.

"Joel has not been signed by Kotoko. The story is not true. I don't even think the boy is in Ghana.

"We met him on his way to France when we were returning from our Libyan trip. So how come he signs for us agian? It is a fabricated story," Opoku Nti exclusively told Ghanasoccernet.com.

The Local Black Stars striker had been link to a move to a host of local clubs after scoring 36 goals in 34 appearances for club and country in the 2014/15 league season.