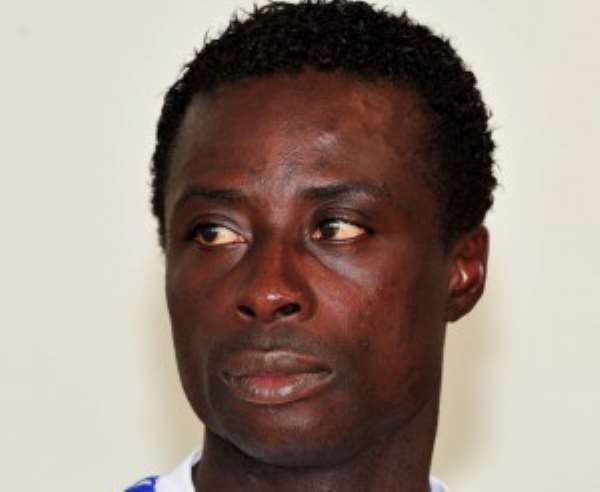 
Ex-Hearts and Kotoko playmaker Charles Taylor has vowed his children will not represent Ghana at the international level.

Taylor, 33, ended his career prematurely due to a troublesome knee injury.

The mercurial player, who endured a frustrating spells on the sidelines, feels he was treated unfairly by his native country.

The ex-footballer turned pastor has vowed he will not allow his kids to play for the West African nation.

'Me sitting here right now, if my kids knows how to play and you ask them to play for Ghana, I will prohibit them," he told Sunyani-based JLife Radio

'Because of what happened to me, I won't allow them to play for any of the national teams or even in the Ghanaian league because there is no benefit in it.

'After what happened to me during the CHAN tournament, not even a single member of the Ghana Football Association was able to call me to ask of the condition of my wounded leg after the competition, so I've realize there is no need dying for Ghana."

Taylor played for both the National Under-17 and the Olympics team.