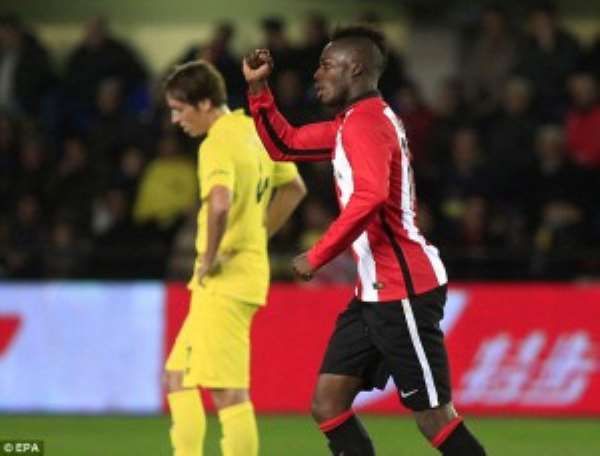 Williams have emerged as a transfer target for several Premier League and Spanish clubs following a breathtaking campaign with Athletic Bilbao.

The highly-rated versatile player has raked in 10 goals in 21 outings for the Spanish side this season to prompt attention from several stellar clubs in Europe.

City have thrown their hat in the chasing pack after scouts monitored the player during Athletic Bilboa's heavy defeat against Barcelona over the weekend.

The youngster has release clause of £15.3million and if City are serious about their intentions could easily trigger a move.

He has also been linked with Liverpool, Arsenal, Tottenham as well as Spanish sides Real and Atletico Madrid.