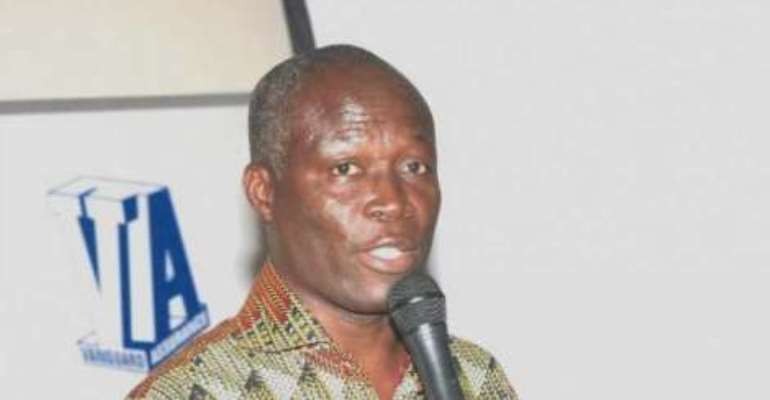 Edwin Nii Lantey Vanderpuye is the new man to run the Youth and Sports Ministry as the replacement for Dr. Mustapha Ahmed.

The retired sports journalist and ex-special aide to the late President Atta Mills will become the 9th minister in the Youth and Sports ministry under National Democratic Congress (NDC) government, since 2009 when they took over from the New Patriotic Party (NPP).

Nii Lante Vanderpuye until his appointment on Tuesday was the deputy minister for Trade and Industry.

Dr. Mustapha Ahmed was appointed as Youth and Sports Minister in March 2015, taking over from Mahama Ayarega, following the 2015 AFCON in Equatorial Guinea. Although Ghana emerged as the losing finalist his approach to the media created many controversies, which many believe resulted in his replacement.

However, it is unclear what has caused the Dentist by profession, Dr. Mustapha Ahmed his job and he is yet to be re-assigned to a new ministry by President John Dramani Mahama.