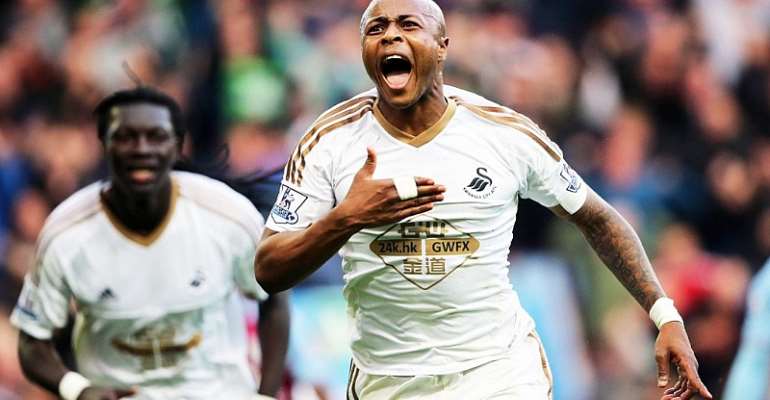 Ayew has been the subject of strong Sunderland interest and the forward's boyhood favourites Liverpool have also been linked with the Ghana international, who finished third in 2015 African Footballer of the Year awards.

The 26-year-old joined on a free transfer from Marseille last summer and has been one of the few bright spots in Swansea's struggling season with seven goals making him the club's top scorer.

And Curtis, who was in charge for the final time in Monday night's 1-0 victory over Watford with new head coach Francesco Guidolin set to take over team affairs at Everton on Sunday, said selling Ayew was not an option.

"There was talk of him going to Sunderland or them making a bid,'' Curtis said after his second win in seven league games.

"But we wouldn't even entertain that as far as I am concerned.

"He is one of a number of big players for us and we don't want to lose anybody during the window.

"We want to bring people in and we will get somebody in.

"But if we don't it's important no one else goes out through the door.''

The win - Swansea's third in 18 league attempts - moved them out of the Barclays Premier League relegation zone and a point above Newcastle into 17th place.