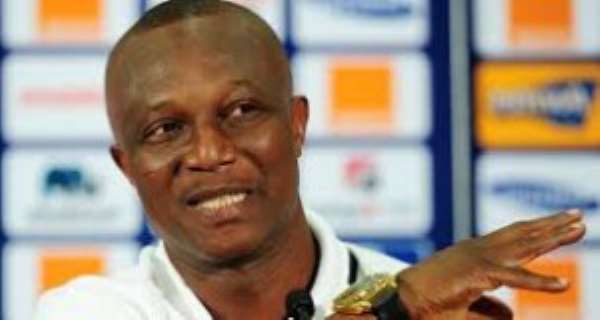 Ex-Hearts of Oak and Black Stars legend Mohammed Polo has insisted that Akwasi Appiah raised the pedigree of local coaches but he was not respected locally.

Kwasi Appiah then set a Ghanaian record of being the first black coach and a former national star to qualify the Black Stars to the 2014 World Cup.

But the former national star was given the sack after the abysmal performance of the Black Stars at the 2014 World Cup in Brazil.

Mohammed Polo thinks that the achievement of Akwasi Appiah was a source of pride to all local coaches but Ghaians in general and the football association in particular disrespected him.

'The Black Stars coaching job was given to Kwasi Appiah. He was former Black Stars player and he did not do badly when he was handling the team.'

'But he was not respected by the people at that top level. Look at how they messed up with Akwasi Appiah before appointing Avram Grant. So we can't give our own that kind of respect we are giving Avram Grant?' Polo told Ghanasoccernet.com

Appiah is currently the head coach at Sudanese top-flight side Al Khartoum.