I should have been nominated as 2014 best coach – Mohammed Polo 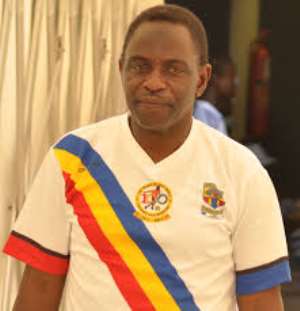 Former Hearts of Oak trainer Mohammed Polo has demonstrated his worry over being neglected during the 2014 Premier League Board awards, insisting he should have been nominated as the best coach in 2014.

Polo took over from David Duncan and he led the Accra-based to finish the season at the third position, a season that the ex-footballer admist that it was one of his difficult moments in his career.

The 2014 best coach was given to Mas-Ud Didi Dramani for guiding Asante Kotoko to win the Ghana Premier League and the FA Cup.

And in over a year since that award, the man known as the 'dribbling magician' has stated that he deserved to be nominated as the best coach in 2014 but the organizers snubbed him.

'That season was one of my difficult moments in my career but I tried everything within my power to end the season at the third position.

Unfortunately, I was not even nominated as the best coach of the year. What I went through no coach in the system can withstand that,' he told Ghanasoccernet.com.

Polo inherited a troubled Hearts side after the dismissal of David Duncan with most of the players showing signs of disloyalty while the fans stood against him till the season was over.