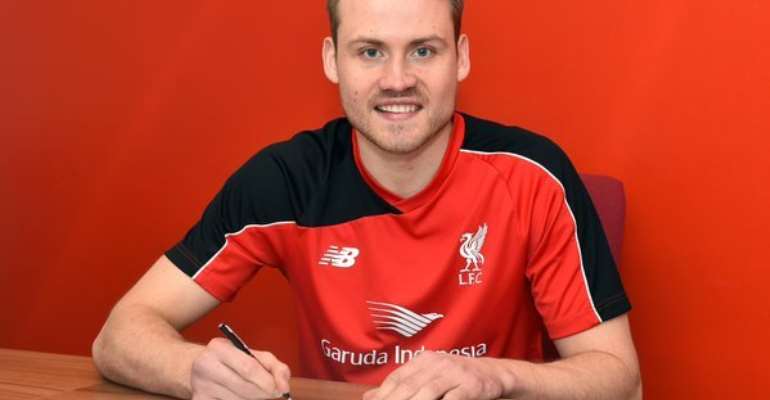 MIGNOLET PENS NEW DEAL
Liverpool goalkeeper Simon Mignolet has committed his future to Liverpool by signing a contract extension.“I’m very pleased that I can be at Anfield and a part of Liverpool for a long future. I’m happy to commit my future to LFC,” Mignolet told the club's official website. “I know signing a new contract comes with new responsibility. I’m getting older as well and coming into the years where people would say those are the years a ‘keeper is at his best."“I know with a long-term contract, you get more responsibility – and I want to take up that role because I’m the sort of character that wants to be a leader, wants to speak in the dressing room and wants to help the defence.

ADEBAYOR RESISTING PALACE OFFER
Crystal Palace are ready to offer Emmanuel Adebayor a deal until the end of the season, but the Tottenham striker is holding out for a longer deaL. Palace boss Alan Pardew revealed last week that Adebayor was a target as he searched to bring in a new striker to Selhurst Park.

'DE GEA FULLY COMMITTED'
Manchester United midfielder Morgan Schneiderlin says he is confident goalkeeper David de Gea is "fully committed" to the club."David is a very important player in our squad," Schneiderlin told MUTV. "We are very happy to have him and happy that he didn't go last summer. He is fully committed to this football club."When you have a player like this in goal, it's good for us, because we know we are not going to concede many goals and he is going to make some saves."

FREE AGENT
Former Manchester United captain Nemanja Vidic is a free agent after formally rescinding his contract with Inter Milan.The 34-year-old Serbian left Old Trafford to join the Nerazzurri in July 2014 and made 28 competitive appearances for the San Siro side, scoring one goal.Hernia and back injuries meant the centre-back failed to feature for Inter this season and he is now on the lookout for a new club.

DONE DEAL
Norwich have completed a deal to bring in defender Timm Klose from Wolfsburg on a three-and-a-half year contract for an undisclosed fee.

PANTILLIMON TO BE A HORNET
Sunderland's out-of-favour goalkeeper Costel Pantilimon could be headed to Watford as soon on Tuesday. The keeper is expected to be a back-up to Brazilian Hurelho Gomes.

TOON TO SWOOP FOR SAIDO
Newcastle are set to launch an £18million bid for out-of-favour West Brom striker Saido Berahino . Mike Ashley is prepared to green light the move and that the club will make formalise their interest in the coming days.

BARCA TO BID FOR STONES?
Barcelona are eyeing a move for Everton centre-back John Stones.The former Barnsley youngster was top target for Premier League champions Chelsea in the summer, but the Toffees refused to sell.However, European giants Barcelona could test Everton’s resolve with an offer for Stones this summer.

BONY GOING NOWHERE
Wilfried Bony is not leaving Manchester City this month, according to his agent Francis Kacou.The striker, 27, has been linked with a return to Swansea a year after leaving the Liberty Stadium.“Wilfried will stay at Manchester City,” said Kacou. “They are all just rumours. A departure this winter was never on the agenda, and City simply wouldn't sell him.”

CISSOKHO HAPPY TO BE BACK
Aston Villa defender Aly Cissokho says he is delighted to have returned to help try and keep the club in the Premier League.The left-back was sent out on loan to Porto for the season last summer, but boss Remi Garde recalled him after losing Jordan Amavi to injury."My agent contacted me to say Villa had been in touch and Rémi Garde wanted me to come back," he told Villa's official website."It took me less than a second to say yes. I was with the gaffer for four years at Lyon - and he was my manager for one season."I'm very happy to be back at Villa - very happy to be back in the Premier League - and very happy to be playing again."'

OUT OF KING POWER?
Leicester manager Claudio Ranieri has hinted that striker Andrej Kramaric could be heading out on loan this month. Ranieri said: "Maybe I don't see him involved very well with the team but he is a fantastic player, works hard during training sessions and it is so sad I don't give him the opportunities.""I want to speak with him and feel what he wants to do."

HOPE FOR ARSENAL?
Borussia Monchengladbach sporting director Max Eberl has said he cannot rule out the possibility that midfielder Granit Xhaka , a reported target for Arsenal, could leave in the summer. AMEOBI TO LEAVE BOLTON

Shola Ameobi will leave Bolton this week because the cash-strapped Championship club cannot afford to offer him a new deal.The former Newcastle frontman arrived on a short-term contract in October and has scored once in eight games for the struggling Trotters.However, his days at the Macron are numbered, with young talents Zach Clough and Josh Vela also likely to be sold this month.Bolton No2 Steve Walford said: “If you lose players, you lose players. It’s difficult, but you have to get on with your job.“We accept that this is the situation we’re in at the moment.”

WATFORD ANNOUNCE NEW SIGNING
Watford have completed the signing of forward Nordin Amrabat from Malaga.The 28-year-old will be available for the Hornets’ clash with Newcastle this weekend.Earlier this week, Watford manager Quique Sanchez Flores said of Amrabat: “He has the qualities of the players we like.“He can play at Number 10; he holds the ball, he can turn quickly with the strength of a striker and escape the defensive line.“He can also play as a winger because he has that pace and velocity - the power that adds to the options of a team.”

WEST HAM SET FOR STEAL
West Ham are reportedly set to snatch Leeds youngster Sam Byram from underneath Everton’s nose.Byram is understood to have held talks with Everton over the weekend but also spoke to Irons co-owner David Sullivan on Sunday and would prefer a move down south rather than one to Merseyside.It is reported the deal will be completed on Tuesday.

ROVERS TARGET GRAHAM LOAN
Blackburn have offered to take Sunderland striker Danny Graham on loanThe 30-year-old has struggled to break into the first-team under both Dick Advocaat and his successor Sam Allardyce this season, starting just four Premier League games.He has made 12 appearances in total and started up-front with Jermain Defoe in Saturday's 4-1 defeat at Tottenham.

LIVERPOOL STARLET SET FOR WATFORD SWITCH
Liverpool whizz kid Jerome Sinclair is poised to join Watford.Sinclair, 19, is out of contract at the end of the season; negotiations have stalled and Liverpool are ready to cash in now.Dutch club Groningen, Espanyol and Manchester City have kept tabs on the situation.But Watford have emerged as front runners and they do not want to wait until the summer when Sinclair will be a free agent.Liverpool will only be due compensation in the summer but Watford are willing to pay a fee now rather than risk missing out.

SWANS WANT SINCLAIR BACK
Scott Sinclair is prepared to quit Aston Villa and rejoin former club Swansea in a £2m deal.The 26-year-old winger has struggled to hold down a regular first-team place since joining Villa eight months ago on a permanent deal.

MUTU ON THE MOVE
Former Chelsea forward Adrian Mutu has joined ASA Tirgu-Mures in a bid to try and win a place in Romania's Euro 2016 squad.The club's current strike force already includes George Tucudean who is on loan for Championship outfit Charlton Athletic.

This series is from the team at 99.7FM, tracking the latest moves in the January transfer window. We call it the #JoySports Transfer Daily. Here, we summarize all the moves and rumours in a quick, easy to read format. The series started in January 4 and ends on February 1.

Any deals between Premier League clubs and players in Spain will have to be wrapped up 24 hours before the window closes in England - the deadline in Spain is 11pm (GMT) on January 31. The windows in France and Italy close on the same day as in England, with the German transfer window shutting at 5pm on February 2.