Hayatou steps down as CAF president as FIFA election looms, Africa set to back Salman 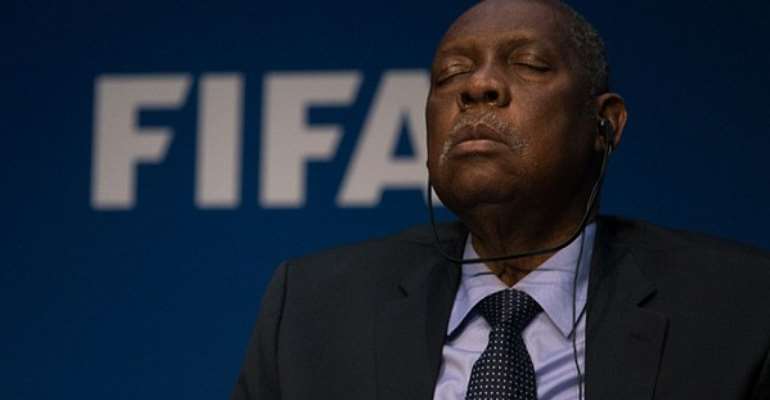 In a seemingly deliberate move to avoid being accused of conflict of interest, African football boss Issa Hayatou has temporarily stepped down from his post as the continent is expected to throw its weight behind Sheikh Salman bin Ebrahim Al Khalifa in next month's FIFA Presidential election.

The Cameroonian administrator, who is now the acting FIFA President, is distancing himself from the Confederation of African Football (CAF) while the FIFA presidential campaign gains momentum.

CAF will now be led by its first vice president Suketu Patel from Seychelles while Almamy Kabele of Guinea will act as the CAF vice president.

Hayatou is FIFA's acting president as a result of Sepp Blatter's eight-year ban and does not want to be seen to influence how individual African federations vote at the February 26 ballot.

Insiders say CAF top executives will discuss the FIFA presidential elections and will take a decision on which candidate to back during February's election with Sheikh Salman bin Ebrahim Al Khalifa set to be backed by Africa.

Last Friday, as head of the Confederation of African Football, he signed a memorandum of understanding with his Asian counterpart - led by emerging FIFA presidential favourite Sheikh Salman bin Ebrahim Al Khalifa.

The deal raised eyebrows in some quarters terms of whether this was a subtle ploy to sway African voters towards Sheikh Salman.

African officials have denied this but Hayatou has taken steps to move out of the CAF spotlight ahead of the ballot by putting his first and second vice-presidents in temporary charge.

On its website, CAF said its leader "has temporarily stepped aside as the head of CAF to give way for other officials . . . to be in charge of the confederation's activities" until the FIFA election.

"They will be in charge of relations between CAF, other confederations, members and candidates for the FIFA presidential elections until the conclusion of the FIFA electoral process.

"They will be particularly responsible for conducting the African delegates at the FIFA Congress on 26 February 2016 in Zurich, Switzerland."