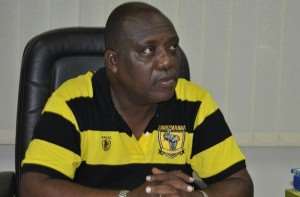 The association responsible for the welfare of the clubs in Ghana for the past years has come under severe flak as many has touted the body as a 'toothless bulldog'.

In the past GHALCA was a vibrant body as their off-season tourney dubbed the top 4 became a championship that the top-flight clubs were dying to play and that made the league very competitive.

Ahead of the polls of the association in two months, the former administrative manager of the body Kudjoe Fianoo who has declared his intention to contest for the chairmanship position which is currently chaired by Alhaji Raji, says the association needs to be re-branded.

'GHALCA needs re-branding. We need it because for the past years the association has not been vibrant as we used to know."

"We were strong in the past but we are not that strong again hence my decision to contest for the chairmanship position because GHALCA needs re-branding,' Fianoo told Boss FM.