CHAN 2016: Cameroon edge Angola to move second in Group B 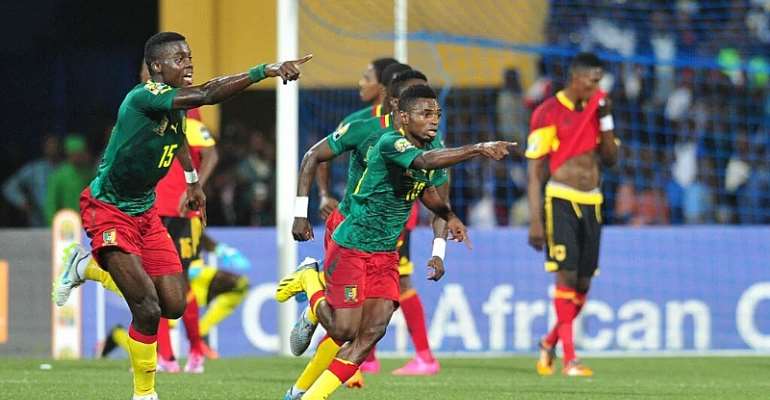 Coton Sport forward Yazid Emane Atouba's beautiful free-kick was enough to give 10-man Cameroon a win 1-0 win over Angola in the second Group B match at the African Nations Championship.

Angola came very close to getting the back of net on the 3rd minute with Yano Belmiro Duarte curling attempt missed the goalposts.

Left back Miguel Geraldo saw his cross hit top of crossbar with 11 minutes of play.

Yazid Emane Atouba then broke the deadlock with a stunning free-kick from the edge of Angolans eighteen yard box in the 23rd minute.

Nyame Hugo rescued his side with a cool collection of the ball from an Angolan free-kick five minutes from halftime.

Five minutes later Cameroon fullback Joseph Jonathan Ngwem took an early shower after being booked for the second time in the game.

Goalie Nyame Hugo with another cool catch prevented the Black Antelopes from getting an equalizer.

Cameroon's Atangana Nvondo was shown the yellow card for time wasting just few minutes away from the final whistle.

They now lies second in Group B behind DR Congo on goal difference.

Cameroon will face Ethiopia whilst DR Congo will play Angola in the second round of matches at the Huye Stadium on Thursday.