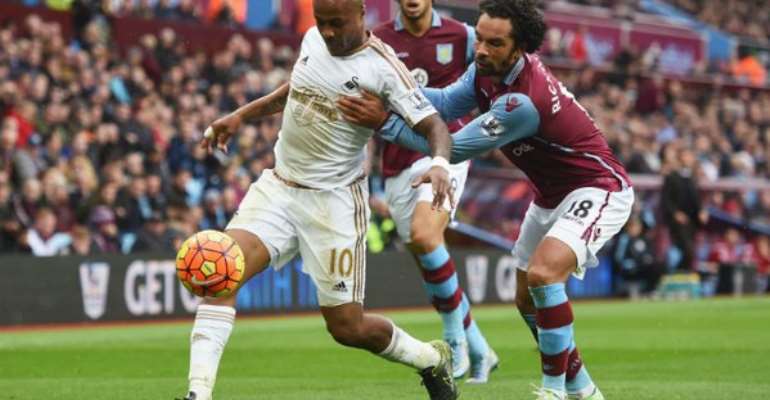 English side West Ham United have joined rivals Sunderland in the race to sign Swansea City's Ghana international winger Andre Ayew before the transfer window closes at the end of this month.

The Ghanaian international only signed for the Welsh club last summer on a free transfer from Marseille, but the forward could be tempted with a move away from the Liberty Stadium with the Swans just one point above the relegation zone.

The Hammers signed Ayew's former teammate Dimitri Payet in July and could make a move for the ex-African footballer of the year.

Swansea have recently lost midfielder Jonjo Shelvey to fellow strugglers Newcastle and another departure could be in the pipeline with French striker Bafetimbi Gomis reportedly looking to move on.

Gomis joined Swansea 18 months ago but is thought to be keen to leave following his failed moved in the summer to the middle East.