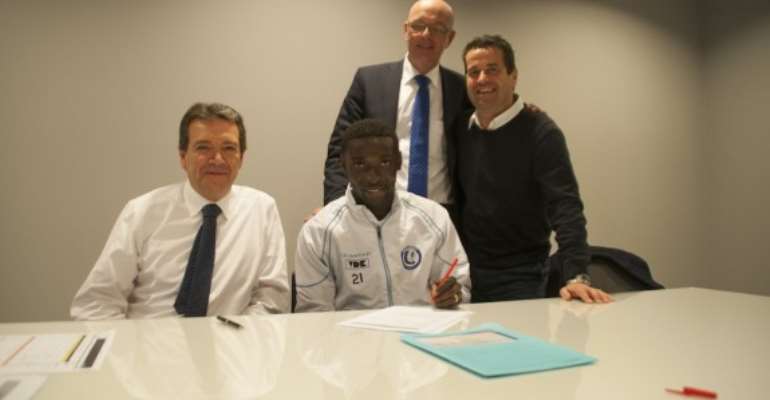 The new deal will see him stay at the GHELAMCO-arena until the summer of 2019.

Asare joined the Buffalos from Dutch side FC Utrecht in 2013 and has gone on to become the club's deputy captain with consistent performances.

His versatility (left back, left midfield and central midfield) has made him one of the star players in the Belgian Pro League.

Asare has played 20 league matches this season and featured in every single match in the club's UEFA Champions League campaign.

The 29-year-old was groomed at the Gomoa Fetteh Feyenoord Academy (now West African Football Academy) and has previously played and captained KV Mechelen.