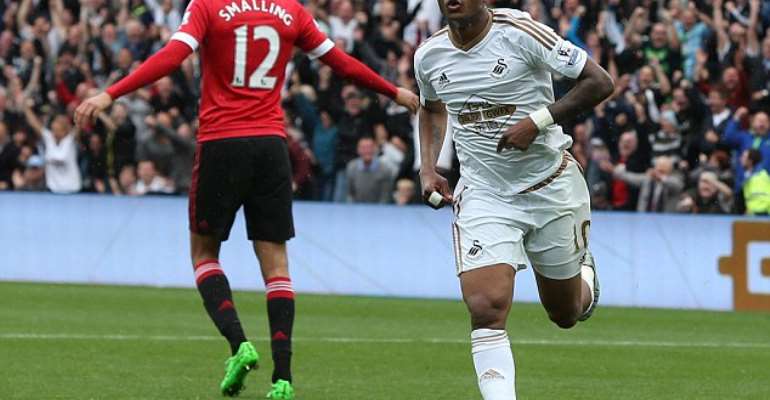 Ghana winger Andre Ayew's Swansea City will go in search of their first victory in four games when they take on Watford in the English Premier League on Monday night.

Swansea have failed to win their last three games in the league and if you add the FA Cup defeat to division one side Oxford United it makes it four games without a victory.

The Swans are on 17th  just a point above the relegation zone, ahead of today Monday night's game.

The 4-2 defeat at the hands of struggling Sunderland was a huge blow to coach Alan Curtis who has been given the job till the end of the season.

Ayew who is the clubs highest scorer this season with 7 goals and an assist will hope to continue his goal scoring form to enable them pick a victory against Watford.