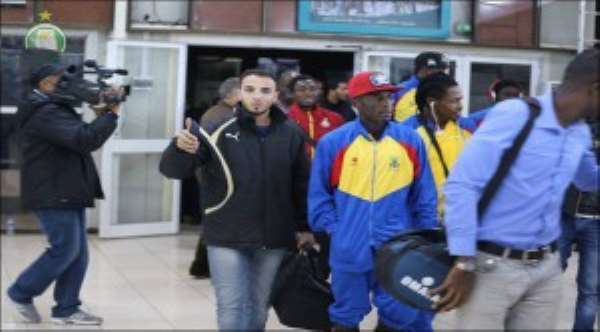 
A top Libyan journalist Khalifa Rammani has launched a stinging potshot at Hearts, claiming the Ghanaian giants is a 'weak' side.

The renowned Libyan journalist passed a damning verdict on the quality of the 2000 African champions after seeing Kotoko produced a superb performance in their 2-1 defeat against Al Ittihad Tripoli.

The Porcupine Warriors suffered the defeat against the North African side in the first of a two-legged friendly on Wednesday.

However, the Ghanaian rivals Hearts were battered 5-0 over two-legged ties against fellow Libyan side Al Ahli Tripoli in December last year.

'I have watched Kotoko during training, they pass the ball very beautifully and very marvelous and they have a lot of quality players but the other team I swear to God they don't know to play football.'

Kotoko will see for revenge when they battle Ittihad Tripoli in the second leg on Friday.