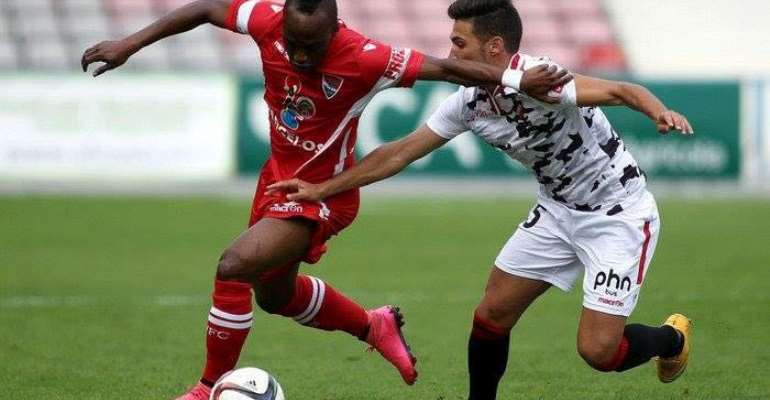 Ex-Ghana youth winger Ishmael Yartey has reached the semi-finals of the Portuguese Cup with FC Porto and wants to reach the final at the expense of FC Porto.

Yartey came close to scoring for Vicente as many as 7 times until he was replaced in the 73rd minute.

"It was a great game for the guys and we produced another great performance. Now we have to put our attention on beating Porto who are a bigger hurdle," he told GHANAsoccernet.com.

Yartey joined Gil Vicente on loan from Swiss Super League side FC Sion and has been impressive for the Reds.

Don’t give literal meaning to Akufo-Addo’s response to Torbg...
58 minutes ago