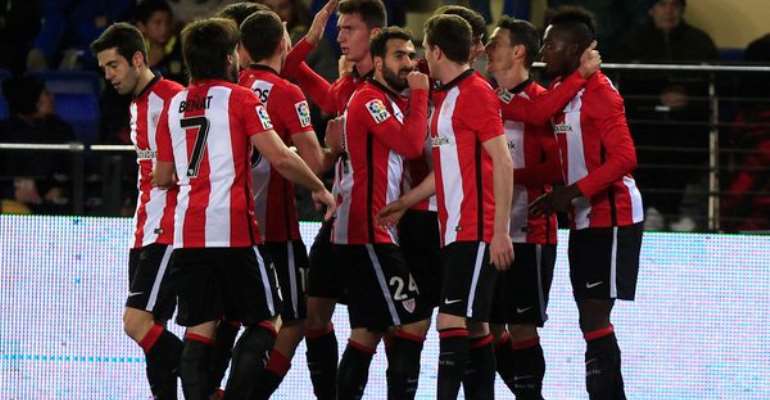 Inaki Williams has been joined by his team-mates to celebrate

Spain-born Ghanaian forward Inaki Williams scored a clinical finish for Athletic Bilbao to help push through to the next stage of the Copa Dely Rey competition as they pipped Villarreal 1-0.

The 21-year-old who has been the source of incredible goals this season for Bilbao netted on the 21st minute mark to separate both side at the Camp El Madrigal.

His goal ensured Bilbao progressed on a 4-2 aggregate. And, has scored in both legs of the tie as he increases his season tally to 10 goals in all competitions.

Bilbao had claimed a 3-2 win from the first-leg and Villarreal were hoping to get a revenge at their favourite home grounds but Inaki put them to the sword with a stunning effort.

His form has drawn interest from several stellar clubs from Europe with Real Madrid manager Zidane linked with a move for him.