Ghana Rugby Kicks 2016 Off With A Bang 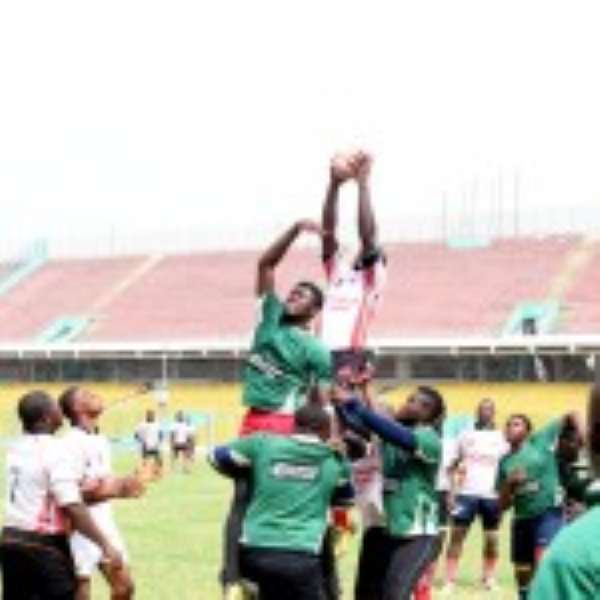 Round 2 of the Ghana Rugby Club Championship (GRCC) that kicks off on Saturday 16 January 2016 at the Accra Sports Stadium promises to test the GRCC teams to the maximum and to entertain supporters and spectat.

The Ghana Rugby Football Union (GRFU) kicks the new year off with a bang with the start of Round 2 of the 2015/16 Ghana Rugby Club Champions (GRCC) at the Accra Sports Stadium on Saturday 16 January 2016.

The first round of the Club Championship ended in December last year and all teams went on a very important break. At that stage the new team Conquerors SC was leading the the log with  20 points followed by the reigning champions Cosmos Buffaloes RFC. The other teams competing for top honours include Dansoman Hurricanes RFC, Idas Sports RFC, Griffons RFC, Accra Sharks RFC and UCC Spartan RFC.

The second round begins on 16 January at the Accra Sport Stadium with a full day of entertainment for supporters and fans. The day will again kick off a training session for kids followed by a U18 boys match and a ladies match.

The GRCC matches on the day will feature UCC Spartans from Cape Coast and Idas at 1pm with the second game, the match of the day, between Cosmos Buffaloes and Dansoman Hurricanes at 3pm.

During the break and for the first time in the history of Ghana Rugby all teams went on massive training sessions and recruitment of new players to beef up their squads. 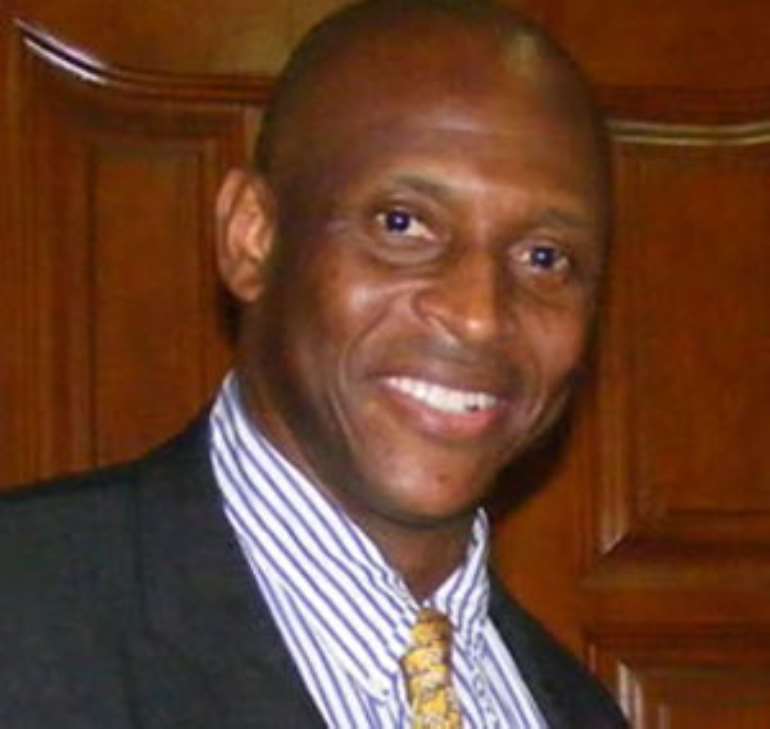 Herbert Mensah, President of the Ghana Rugby Football Union (GRFU), with one of the kids who religiously join in the training sessions for kids before all Club Championship matches.

Herbert Mensah, President of the Ghana Rugby Football Union (GRFU), with one of the kids who religiously join in the training sessions for kids before all Club Championship matches.

The teams from Cape Coast, Griffons and UCC Spartans, have been a thorn in the flesh of all teams with challenging performances. These teams have improved with great speed and have promised to spring more surprises during the second round of the GRCC.

The 2015/16 GRCC will conclude with semi final matches between the top four teams on the log followed by a third place play off and an exciting final.

.
In other early 2016 developments the GRFU also announced the adoption of a groundbreaking Rugby Management System, scrmIT.

The President of the GRFU, Mr. Herbert Mensah, will also meet with the President of Africa Rugby, Mr. Abdelaziz Bougja, and Mr. Jean-Luc Barthes, Rugby Services Manager (Africa), in Paris on 16 January 2016 to discuss Ghana Rugby's strategic priorities for the years to come.

According to Mr. Mensah some of the issues that will be on the table for discussion include Best Practice Governance, Overcoming Ghana Rugby's Development Dilemma, Improving Technical Capabilities, International Match Exposure for Ghana Rugby and Grassroots or “Get Into Rugby” Development, to name a few.

Mr. Mensah continued to say, “Since my administration took over on 5 June 2014 a lot of time and effort was spent on picking up the pieces and to get to grips with the essential strategic priorities. In 2016 we will build on what was established with the objective to escalate the development of Rugby in Ghana to much higher levels. To do that Ghana Rugby needs the support of the whole Rugby Family and especially for corporate Ghana to come forward and join hands with us in order to enjoy the benefits of brand exposure and of building goodwill for their brands with a fast growing Rugby support and player base.”

On 28 May 2016 the Ghana National Men's 7s team will travel to Lome in Togo to compete in the annual Africa Rugby Men's 7s tournament for West Africa.