Kotoko back in Kumasi after G6 heroics 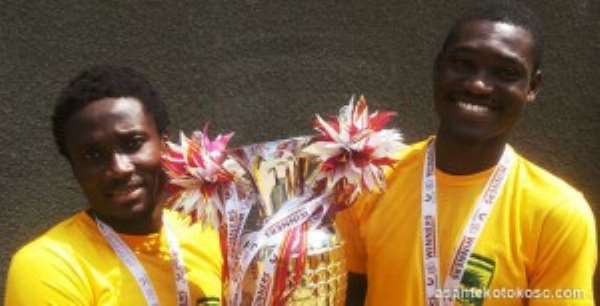 
Kotoko's second team are back in Kumasi following their recent triumph in a GHALCA organised tournament.

The Porcupine Warriors recorded a narrow 1-0 win over Aduana Stars to clinch the title in Sekondi on Sunday.

The team continued their flawless pre-season with a 1-0 win over second-tier side Elmina Sharks on Tuesday with Burkinabe import Halipha Sedogo scoring the match-winner.

The team touched base in Kumasi - the home of the Ghanaian giants on Tuesday night after their five-day sojourn in the Western and Central regions.