Rashid Sumaila in Kuwaiti Best XI for the 1st round 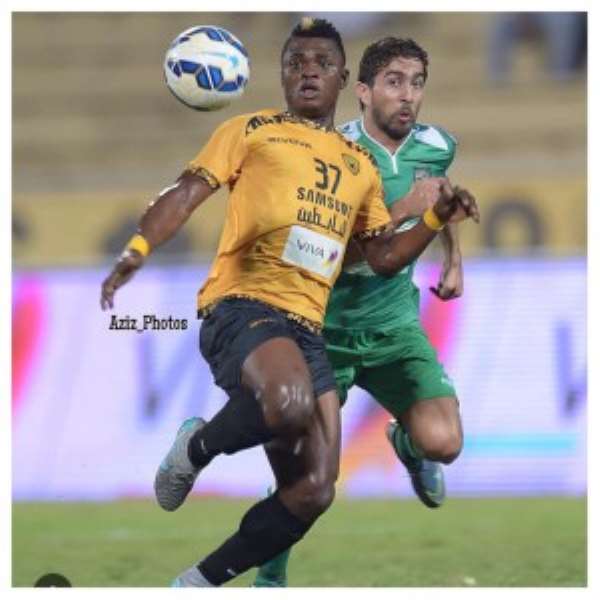 Ghana defender Rashid Sumaila has been named in the Team of the Season in Kuwait for his impressive performance for Al Qadsia.

Sumaila, 22, has been the rock of the side helping them to the summit of the league table after fifteen matches.

Sumaila helped Al Qadsia finish 4th in his first season in the Kuwaiti League but was also part of the side's success in the Emir Cup.

The stupendous performance of the former Asante Kotoko and Ebusua Dwarfs defender has placed him on the love list of the club compelling many European clubs to chase for his signature.

Reports recently linked the Black Stars defender to English Premier League side Leicester City while a couple of Portrugues clubs have also showed interest in signing him.