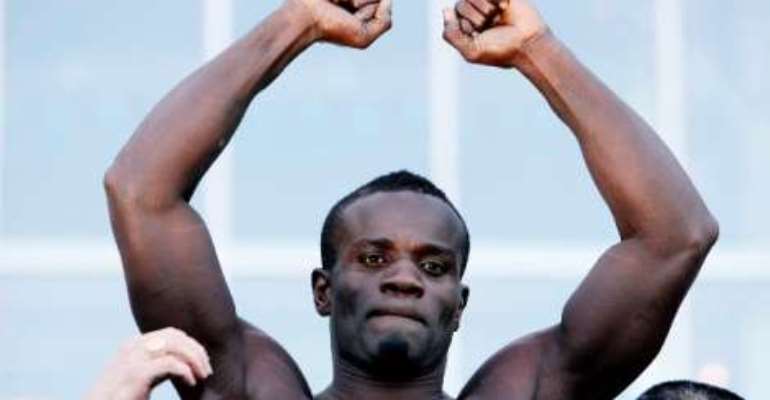 Joshua Clottey has disclosed his intention to end his career as boxer due to the death of his trainer Godwin Nii Dzanie 'Alloway' Kotey, who was a source of inspiration to him in the ring.

'Alloway' passed away on Saturday after battling with Typhoid fever for three months.

Coach Alloway, 56, had a wealth of experience in the game with almost four decades of industriousness in the sport.

Joshua Clottey believes the death of his trainer was spiritual and it has affected him so much that he will in no time announcement his retirement from boxing.

'I am very sad for the death of 'Alloway', a trainer who feels for his boxer. There were several times he wept when I was about going into the ring, because felt for me and that motivated me a lot.

'I don't think it was Typhoid fever that killed him, there might be more to it like spiritual something. Typhoid is curable, but his was something that we couldn't help it.

'He would go the hospital and doctors would discharge him after sometime, but immediately he gets home the disease will recur. It is a sad story that someone out of hatred could plot a hero's downfall for no reason,'