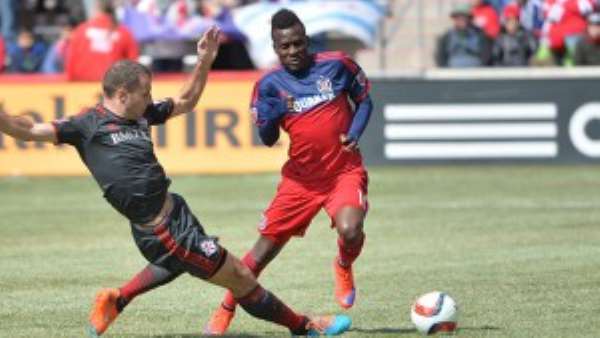 Ghana striker David Accam has been voted the most Valuable Player of the Season by MLS club Chicago Fire.

The Black Stars striker who ended the season as Fire's highest scorer, netted 10 times out of a total of 23 matches.

Accam joined the Major League Soccer outfit in December following an impressive season in the Swedish topflight with Helsingborgs, where he scored 17 times in 25 appearances.

Before registering his first MLS goal, against New York City FC in April, the former Right to Dream academy trainee made his Fire debut against San Jose Earthquake on March 22.