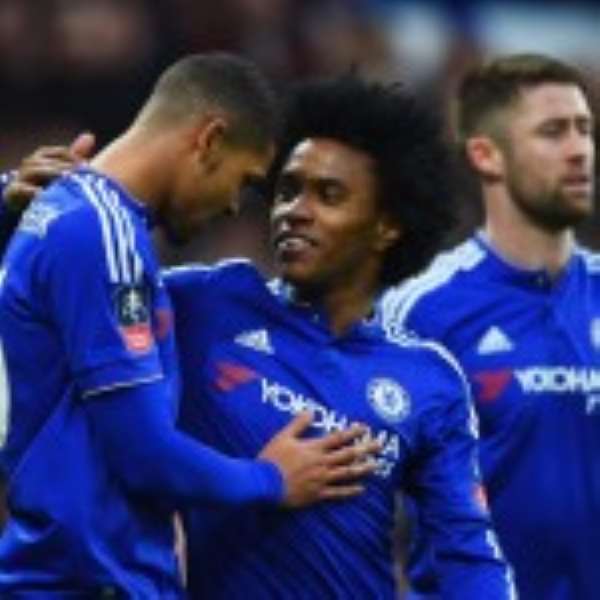 Kemar Roofe was Oxford United‘s two-goal hero as Swansea City found themselves on the wrong end of the only major upset of the FA Cup third round.

Former West Brom youngster Roofe scored twice in the second half as the League Two Us came from behind to stun the Premier League side 3-2 .

Alan Curtis made 10 changes for his first match since being named Swans manager until the end of the season — then watched in horror from the touchline as the decision backfired spectacularly.

Swansea took the lead, albeit against the run of play, thanks to a stylish goal by Jefferson Montero. Oxford deservedly hit back through Liam Sercombe’s penalty before half-time, and then Roofe blew the Swans away with his quickfire double after the break.

Bafetimbi Gomis pulled one back but the visitors could not find an equaliser.

Diego Costa’s fourth goal in three games handed Chelsea the perfect start, only for Guus Hiddink’s men to drift off and allow League One side Scunthorpe to turn the tie into a scrap.

The 19-year-old Loftus-Cheek’s composed finish secured Chelsea safe passage to the fourth round, though, after Scunthorpe were denied a second-half penalty.

Chelsea will hope England Under-21 star Loftus-Cheek’s tidy performance points to a coming of age, after limited past opportunities.

.
Spurs, who took an early lead through Christian Eriksen’s low finish, were rescued by substitute Kane after Nathan Dyer was adjudged to have handled inside the penalty area.

Leicester seemed on course for victory after half-time substitute Shinji Okazaki beat three defenders on a superb run before stabbing the ball home at the second attempt after seeing his first effort blocked by Spurs goalkeeper Michel Vorm.

The Foxes had gone in at the break level at 1-1 thanks to Marcin Wasilewski, who powered home a header from debutant Demarai Gray’s corner.

And after Kane had blasted his penalty past Schmeichel, they had to withstand some nervous moments before securing a replay at the King Power Stadium.

Twice Carlisle led, through a Danny Grainger free kick and a Mark Ellis header, but a Francois Zoko goal and Jeffers’ late effort made it 2-2 .

Carlisle’s home ground at Brunton Park remains out of action after damage caused by Storm Desmond and this was their third ‘home’ game to take place on the road.

Andy Mangan marked his return to Shrewsbury with a winning goal for the League One club as they beat Championship side Cardiff 1-0.

The 29-year-old rejoined the Shrews for a second spell from Tranmere on Thursday and made an immediate impact with a second-half header to put Micky Mellon’s side in the FA Cup fourth round draw.

Just 4,782 — the second lowest-ever crowd at the Cardiff City Stadium — watched the Shrews bounce back from their 7-1 defeat against Chesterfield last weekend to dump the Russell Slade’s side out of the competition.