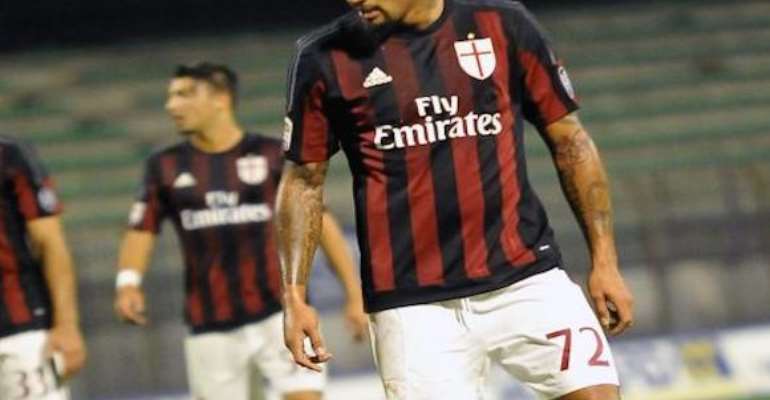 Head coach Sinisa Mihajlovic has praised Kevin-Prince Boateng for his professionalism after debuting for the Rossoneri in the 1-1 draw with AS Roma on Saturday.

The Ghana midfielder was introduced after 57 minutes Stadio Olimpico seven minutes after Juraj Kucka had cancelled out Antonio Rudiger's strike.

It was Boateng's Serie A comeback in two years and he put up an impressive performance.

Mihajlovic was satisfied with Boateng's output on the night and expects the former Schalke man to give more of the same in subsequent matches.

"Boateng came off the bench and did well. He hasn't missed a single training session in 6 months and he deserved a contract with us,' Mihajlovic said in a post match interview.

"He showed he has character, strength and technique. He can play in all roles in attack. I hope he keeps it up."