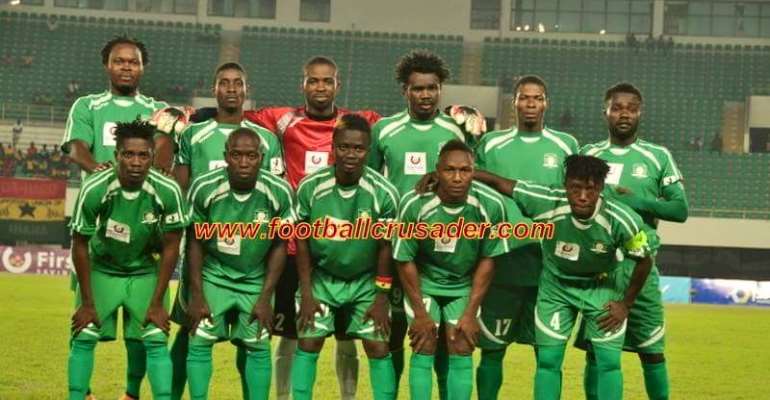 Aduana Stars have reached the final of the G-6 tournament

Aduana Stars have reached the final of the G-6 tournament after consigning Medeama SC to a 3-0 defeat in the last group game of the competition on Saturday afternoon.

Former OGC Nice midfielder Yahaya Mohammed hit a brace by scoring in between Daniel Darkwah's brilliant curly effort from the edge of the box.

Yahaya stabbed home a from close range in the 20th minute before striker Darkwah nailed the game for the Fire Club 15 minutes from time with a superb curly drive from just outside of the area.

The Dormaa-based side needed nothing apart from victory from the game following their goalless stalemate with Hearts of Oak on Thursday night.

But Medeama who defeated Hearts on Friday evening needed just a draw but they appeared out of sort and jaded as they were playing a second competition match in 24 hours against a well experienced and drilled Aduana Stars side featuring Yahaya Mohammed, former Ghana youth goalkeeper Joseph Addo, Richard Mpong and Godfred Saka.

Aduana appeared to have profited from the rest period from Thursday and hogged possession in midfield piling early pressure on the Medeama defence while Francis Larbi and Yahaya Mohammed bossed the midfield with Malik Akowuah sitting out of the game.

Aduana will clash with the winners of the group involving Asante Kotoko and AshantiGold. Kotoko need just a draw to reach the final while AshantiGold must win against the regional rivals to stay in win their first trophy in the off-season.