Sour loser: The shame is on Yaya Toure, not CAF or Africa 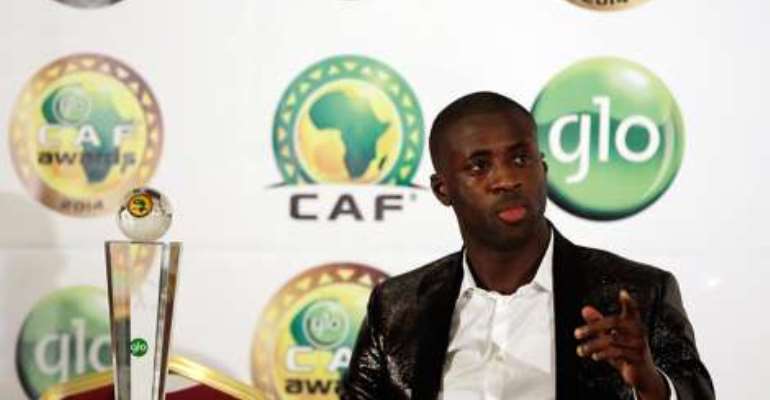 For some reason, hearing that a player ignited massive transfer rumours over a birthday cake seemed far-fetched. But Yaya Toure's continuous rants after Pierre-Emerick Aubameyang was named the 2015 African Player of the Year keeps affirming the 'birthday cake' incident was not something unimaginable from the Cote d'Ivoire international.

The Manchester City midfielder without remorse has continuously expressed his bitterness since failing to win the African Player of the Year award for a record five times claiming he is disappointed in Africa's football governing body, CAF.

The total disappointment from Yaya Toure is based on the fact the football body did not consider players from national teams that did well in 2015.

Let's start from here …
NATIONAL TEAM OF THE YEAR - Cote d'Ivoire! So what is the fuss about, Mr. Toure?

Cote d'Ivoire won the 2015 edition of the Africa Cup of Nations and were duly awarded for they being Champions. What Toure must understand is the fact that he captained the team in achieving that goal does not make him solely entitled to that honour. It's a team performance.

John Obi Mikel was a dynamo in the Nigeria midfield when the Super Eagles won the 2013 Africa Cup of Nations. Mikel's Nigeria side on their way to lifting the trophy beat Cote d'Ivoire in the quarter finals, a game in which Yaya Toure played.