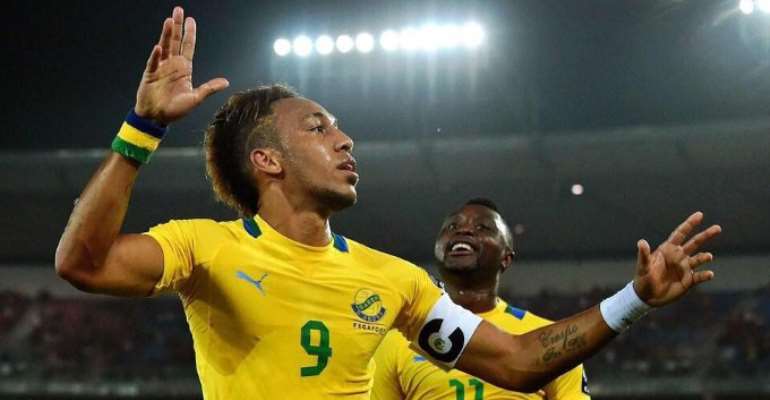 He did not turn up at training on Tuesday and the rumour mill simply went nuts.

But Borussia Dortmund have quickly moved to kill all speculation that prized asset, Pierre-Emerick Aubameyang is leaving the club. Their explanation was as simple as it was sensible, actually.

Dortmund said the Gabonese was en route to Abuja for the Glo CAF Awards ceremony that will reward the best African Footballer of the Year 2015 on Thursday.

But by turning off one rumour, Borussia Dortmund has just fed another.

Aubameyang was conspicuously missing from training as the team resumed following a holiday break. The wildest rumours ensued, with some media announcing his imminent departure.

On Wednesday, the BVB therefore held to calm things down, justifying the absence of his regular scorer. "Working closely with the club, he flew to the election of the best African player of the year (in Abuja, Nigeria, ed) which will take place tomorrow evening", say the Yellow and Black on their Twitter account.

"Fingers crossed! Auba Then of course will be repatriated directly to the training camp in Dubai," where Borussia makes its recovery.

The explanation advanced by the German club might not be to the liking of CAF. In announcing that the Panther is present in Abuja, Borussia seems to have spilled the beans since usually only the winner of the title of best African player of the year attends the ceremony.

But that assertion may not be accurate because Yaya Toure and Andre Ayew are both expected to be in Nigeria. In fact the German championship is only restarting late in January, while Yaya Touré (Manchester City) and André Ayew (Swansea), the two rivals of Auba, will be engaged in the FA Cup this weekend.

You can be sure the speculation will not go away.
Follow Joy Sports on Twitter: @Joy997FM. Our hashtag is #JoySports