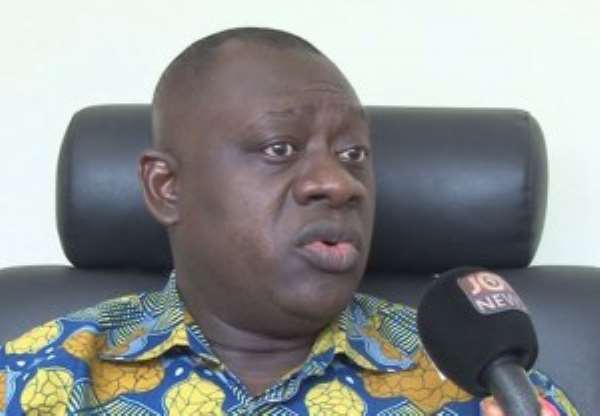 Ex-Sports Minister O.B Amoah has called on the Ghana Football Association to investigate the 80th Anniversary Cup match between Asante Kotoko and FK Jagodina which was played last Sunday.

The Porcupine Warriors in the game thrashed the Serbian side 5-0 and after the game there have been a lot of public outcry as to the manner in which the game was organized.

Prior to the game, Jagodina had problems regarding their arrival in Ghana due to poor weather conditions in Turkey.

However the relegation threatened side successfully arrived in Ghana with only 11 players with no jersey and boots and hired local players to supplement their squad.

And O. B Amoah has called on the Ghana FA to investigate the way and manner that game was played.

'I think the GFA must investigate the whole circumstances surrounding the match', Amoah told Asempa FM.

'It is a very very serious matter and I don't think we must make any jokes out of this. "

'If we don't take this up, we will be setting a very bad precedent because Hearts of Oak will also wake up one day and say they are organising anniversary game and they do it how they want.'

Minority MPs stage walk out on approval of deputy ministeria...
16 minutes ago

The Ministry dispatched personnel to ask DCOP Opare-Addo why...
16 minutes ago