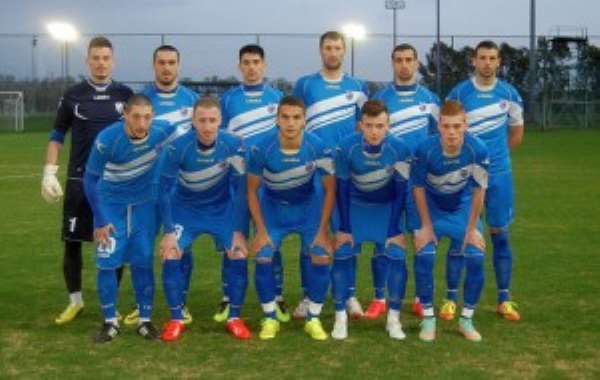 Ghana Premier League newcomers Techiman City FC are set to report Serbian side FK Jagodina to FIFA over the unlawful use of striker Ebenezer Agyapong in their friendly encounter with Kumasi Asante Kotoko.

Ebenezer Agyapong came on in the 56th minute to play for the Serbian as they suffered an embarrassing 5-0 defeat at the hands of the Porcupine Warriors.

According to the Techiman-based side, they were not informed by Serbian club before using the player in the game.

They added that even though the Serbian outfit had expressed interest in securing the signature of the player but negotiations are yet to start.

Speaking in an exclusive interview with GHANAsoccernet.com, the President of Techiman City FC, Micheal Kwadwo Ntim [Micky Charles] disclosed that his outfit only got to know Ebenezer is being used in the game when the lineups of both teams were published ahead of the clash.

'We only got to know Agyapong will be playing when the lineups of both teams were published. This is a complete act of disrespect from the Jagodina and we shall report to FIFA about their conduct,' Micky Charles said.

'This is inducement and they must be made to pay for that.'

The outspoken President of the Techiman giants admitted however that Jagodina had expressed their interest in the player but there has not been any agreement.

'The boy went to Egypt for some trials and some of the officials of Jagodina met the boy there. They called to say they are interested in the boy and that was all. So how do you use the boy without our consent?'

The game played at the Baba Yara Sports Stadium saw the Porcupine Wariors walloping the Serbian side by five unanswered goals in a game which many thought the Reds were not given a worthy opposition.