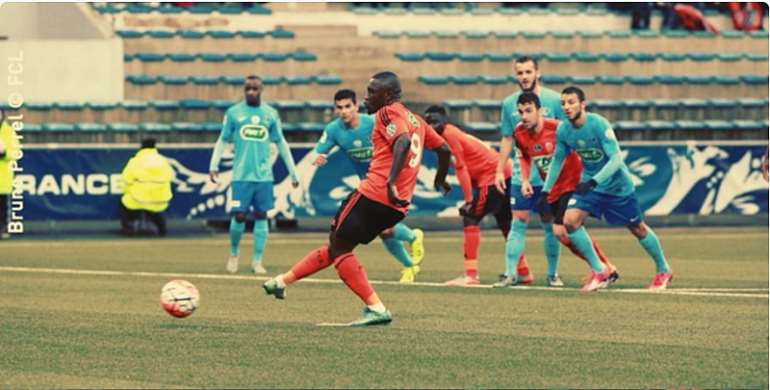 Striker Majeed Waris opened the scoring as Lorient dug deep to dispatch second-tier side FC Tours 3-2 on Sunday in the French Cup round of 64 tie.

The Ghana striker expertly converted from 12 yards to put his side ahead on 29 minutes but the visitors leveled on 50 minutes Ibrahima Tandia.

Tours fought back again with the leveller from Haris Belkebla in the 64th minute.

When all thought the match was heading for penalty shootout, Benjamin Jeannot popped up to score the match winner in the 99th minute.