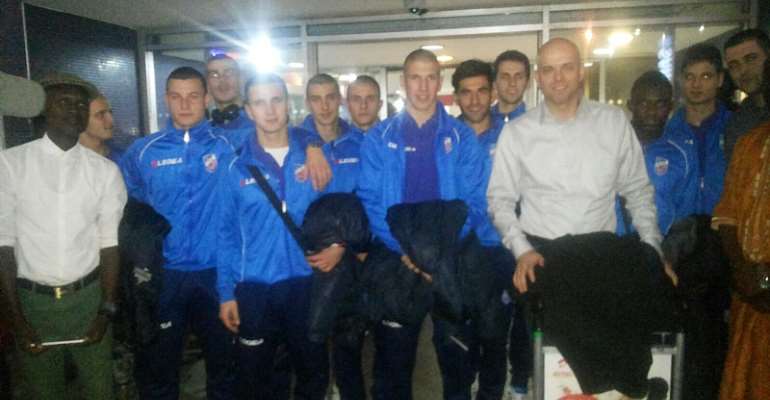 Asante Kotoko's opponent for their 80th anniversary friendly FK Jadodina have arrived in Kuamsi and are currently staying at the five star Golden Tulip Hotel.

The Serbian side arrived late in the evening on Saturday even thought they were scheduled to arrive early in Ghana in the morning due to a delayed flight as a result of poor weather conditions in Turkey.

The team is  currently in Kumasi lodging at the Golden Tulip Hotel.

FK Jagodina comes in as a late replacement for the Anniversary Game clash as the Greek top-flight side Veria failed to respond to the organizers (Pacific Football Ghana Limited) request.

The Serbians will take on Kotoko later today at the Baba Yara Sports Stadium.