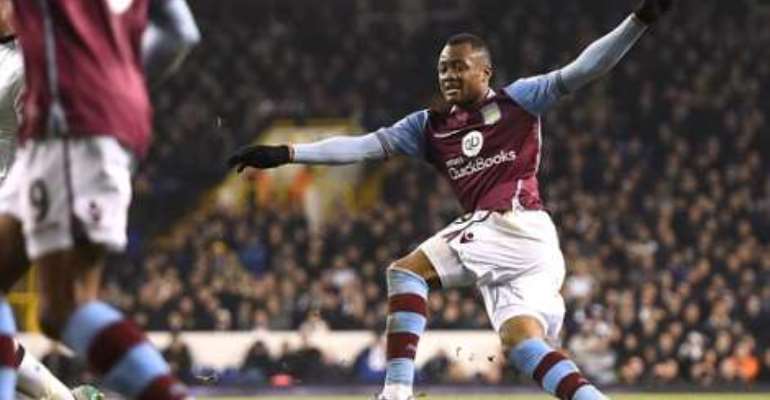 Aston Villa must have to do without their top striker Jordan Ayew in their Premier League clash against Sunderland on January 2.

The in-form Ghana international picked his fifth yellow card of the season i their 2-0 defeat to Norwich on Monday.

Ayew hauled in two shots (two on target), five aerials won, three dribbles and one key pass but received his fifth caution of the season, meaning he will serve one match ban.