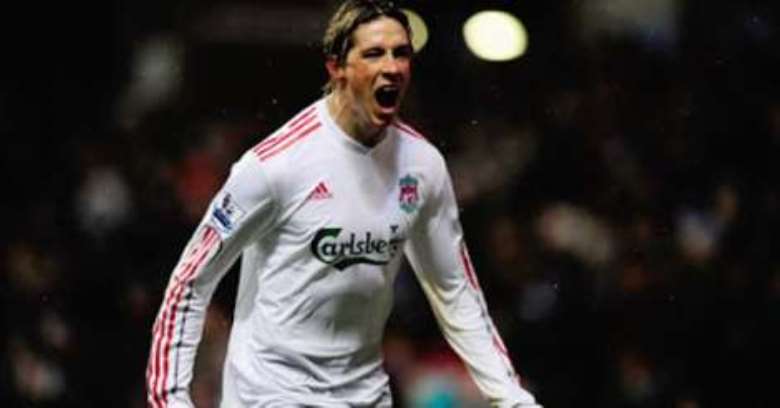 On 29 December 2009, Spanish striker Fernando Torres scored his 50th league goal for Liverpool, reaching that milestone faster than any other player in the club's history.

Nicknamed "El NiÃ±o," Torres arrived in Liverpool from AtlÃ©tico Madrid in July 2007 when he was only 23. He made his league debut for the Reds on 11 August 2007, then scored his first league goal one week later in a 1-1 draw with Chelsea. He provided a total of 33 goals in all competitions that first year, helping Liverpool to a 4th-place league finish and the Champions League semifinals. His 24 league goals tied him for second in the Premier League.

Injuries hampered his second season on Merseyside, limiting him a still-respectable haul of 14 league goals as Liverpool secured a second-place finish.

The record 50th goal came the following season, his third with Liverpool. Deep into stoppage time at Aston Villa with the match scoreless, Torres latched on to a 93rd-minute rebound and slotted it past Villa keeper Brad Friedel for the win. It was Torres' 72nd league match for Liverpool, eight matches fewer than the club's former record-holder Sam Raybould and 12 matches fewer than Liverpool's all-time leading goalscorer, Ian Rush.