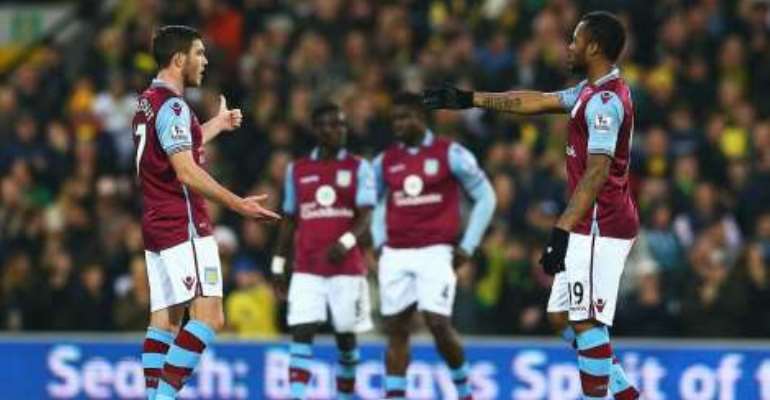 Ghana international Jordan Ayew and his Aston Villa slumped to another defeat after drawing in their last two games.

The Ghanaian forward and his side failed to get anything out of the game against Norwich City away from home as they were defeated by two goals to nil.

Jonathan Howson and Dieumerci Mbokani scored in either side of the halves to give Norwich all three points on the day.

Jordan Ayew who had scored in his last two games for Remi Garde's Aston Villa started and played in the full duration of the game against Norwich City.

The Ghanaian player received a yellow card booking in the game.