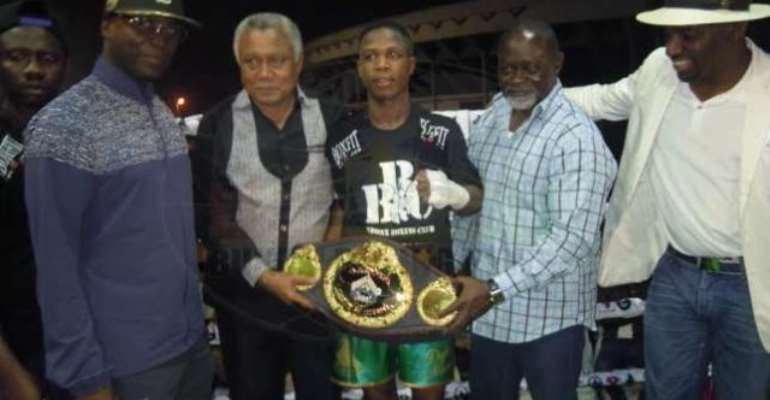 A fired-up Micah came out in the seventh with a series of uppercuts and one right hook to Wilson’s ribs that sent him crashing to the mat, where he immediately began vomiting. Wilson managed to make it to his feet and was saved by a bell that rang immediately after. The time between rounds gave him and his team enough time to assess the situation. He would retire on his stool before the start of the seventh. WBO African title at stake.

A victorious Micah said afterward, “This win really shows that when it comes to Africa, I’m the number one in my division. Winning the title is just a stepping stone in my boxing career. The ultimate is the world title and I’m working toward that and I believe I can achieve that feat.”

In the co-feature, Isaac “Royal Storm” Dogboe (10-0, 6 KO’s) turned in one of the best performance of his young career, capturing the vacant WBO and WBA featherweight titles with an eight round TKO over George Krampah (14-3, 11 KO’s). 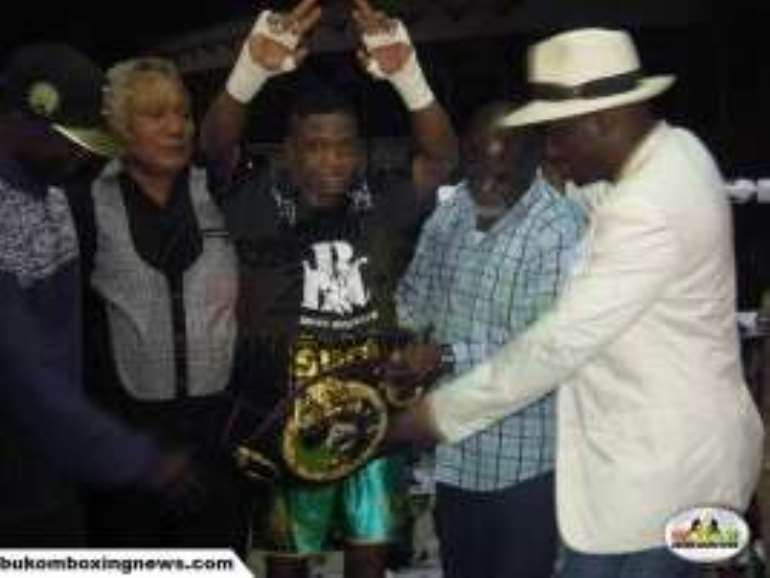 Dogboe scored two knockdowns in the first and one in the sixth, gradually breaking Krampah down until he refused to come out of his corner for the start of the eighth.

“Krampah is a good boxer but on this day my strategy worked perfectly,” Dogboe said. “In the fight I decided not to give him any breathing space so the plan was to attack, attack and attack and I had it in the first and sixth round. I will not be swollen-headed following my triumph, work is still ongoing for the world title.”

Topping the undercards fights, Isaac Aryee stopped Justice Addy in three to win the vacant national welterweight belt while in the super featherweight contest, Kpakpo Allotey recorded an eight round split decision over Abdul Aziz Quartey by scores of 78-75, 77-75 and 75-77.

Maxwell Amponsah stopped Stephen Abbey in round four of their eight round light heavyweight contest and Felix Adjourn stopped Ben Tutu in round two of their scheduled eight round clash.

'Pushing for nuclear power in Ghana is wasteful and ill-advi...
52 minutes ago