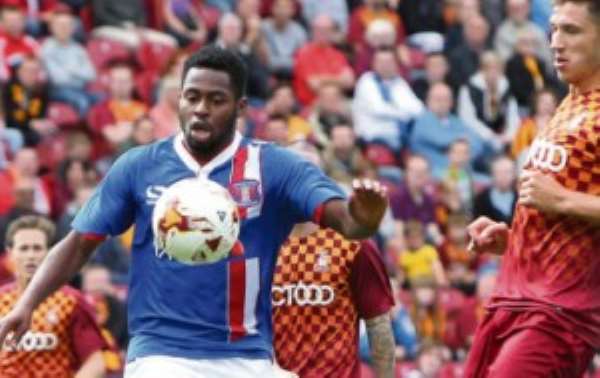 
Ghanaian striker Kevin Osei has left English League One side Carlisle United following the expiration of his six-month deal.

The French-born Ghanaian front man joined the Cumbrians in July this year.

The 24-year-old has left after failing to break into the team.

'Kevin is a great lad and I'm mindful that he isn't getting the game time he wants and needs at this stage of his career,'  Carlisle United boss Keith Curle said.

A product of the Marseille youth system, he signed professional forms with the French giants in 2009 and made his only appearance for the club against AEL Limassol in the UEFA Europa League.

He had a loan spell with Aviron Bayonnais and was offered a deal by Waasland-Beveren in Belgium prior to heading across the channel for his trial spell with United.